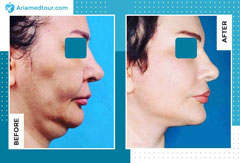 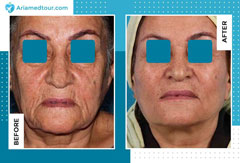 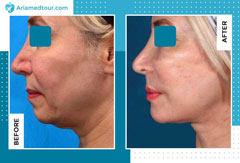 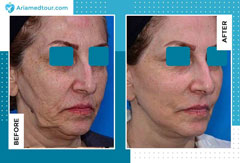 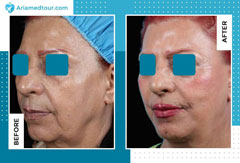 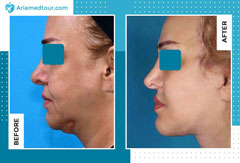 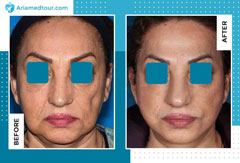 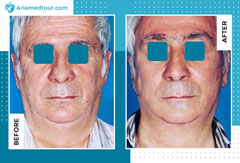 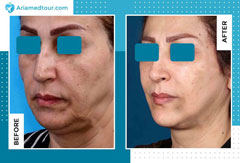 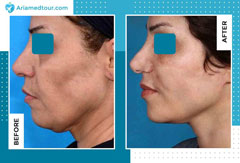 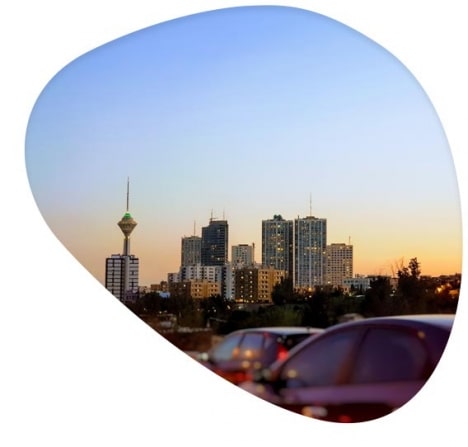 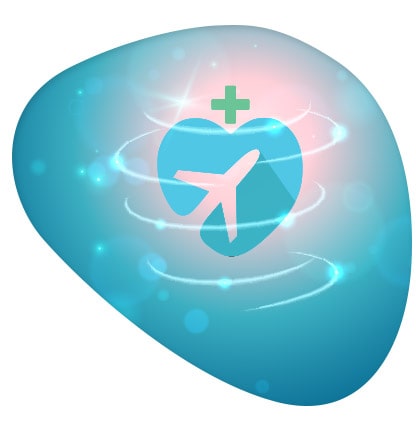 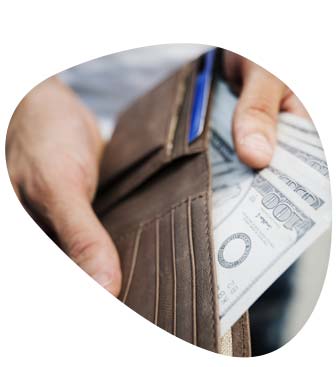 Facelift in Iran: all you need to know

Technically called rhytidectomy, a facelift is a cosmetic surgery aimed at improving the appearance of the face and neck that has been affected by aging, including facial wrinkle, creases, and sagging skin.

Rhytidectomy surgery rejuvenates the face to give the person a youthful appearance with a firm and smooth skin. A face lift can be combined with a brow lift, neck lift, and other facial procedures to achieve a more satisfactory result.

The facelift is a sought-after cosmetic surgery in Iran. There is a multitude of board-certified plastic surgeons that perform facelift surgery in Iran in the most professional manner.

Why is Iran an ideal country to go for a facelift?

If you want to go for a face-lift, but haven’t decided where to have the surgery, you can pick up Iran for three key reasons:

Hospitals and specialized beauty clinics in major cities of Iran are no different than developed countries in terms of high-tech equipment, staff’s competence and professionalism, and cleanliness.

Iran boasts a developed medical infrastructure with high-class hospitals equipped with the latest technologies and facilities. Following the government’s plans to boost medical tourism in the country, hospitals providing services to foreign patients were required to set up International Patients Departments (IPDs) according to defined standards, in order to focus on providing high-quality services to foreign patients.

The considerable number of patients undergone or lined up to undergo face lifting surgery in Iran is perfect proof of the skill of the doctors and the safety and efficacy of this surgery in Iran.

Iranian cosmetic surgeons have gained their vast experience through performing hundreds of rhytidectomy procedures, a cosmetic surgery that is in high demand in the country. A study on the cosmetic surgeries performed in Tehran ranked face-lift as the 4th popular cosmetic procedure among Iranian people.

Cost does matter in cosmetic services and there is no doubt that you want to have your face lift procedure done at a reasonable price rather than being ripped off. The price of facelift surgery in Iran is like all other healthcare services highly affordable.

You might ask “how much does a facelift cost in Iran?” While face lift prices in Iran depend on the clinic’s fees and the surgeon’s skills and experience, and other procedures that might be performed for the patient at the same time, an average facelift in Iran costs from $2000, including all the related fees such as anesthesia, doctor’s visit, surgery fee, and the rest, as well our medical tourism services (airport pick-up, interpreter, etc.) If a simultaneous neck lift is desired, an additional fee of $200-500 will be charged.

To draw a comparison between the cost of a facelift in Iran and other countries, let’s take a look at a few countries. The price of this surgery in the US ranges from $7,000 to $15,000 (or more). In the UK, this price starts from around $6,000 for a mini lift and rises up to $10,000 for a face and neck lift. However, these do not include related expenses such as anesthesia, medications, and clinic’s fees. As for Asian countries, the average cost for the surgery is around $3,500, $4,500, and $8,000 in India, Thailand, and UAE, respectively. Comparing the price of this surgery to other countries, Iran is the best option for a cost-effective facial rejuvenation surgery, without compromising on the quality and professional care that every patient deserves.

Iran has some of the finest plastic surgeons in the world. Iranian plastic surgeons are all board-certified. They have received training and fellowships from top medical universities and hospital colleges in cosmetic and reconstructive plastic surgeries such as oral and maxillofacial surgery.

With a proven record of successful surgeries, Iranian face lift surgeons will offer you a safe and effective facelift that will give you a younger face. They put a lot of energy and time to understand your needs and preferences. This includes pre-operative surgeon-patient conversation and consultation, and post-operative care. They utilize an individualized approach for each patient to achieve the best possible results.

How is facelift surgery performed?

Face-lift or Rhytidectomy is typically done under general anesthesia. The procedure starts with a delicate incision along the hairline. The surgeon may go with different incisions depending on the goals of the surgery. Usually, the incision starts from the temple, continues around the ear and ends in the lower scalp.

However, when there’s a small amount of sagging skin, a shorter incision is made from the temple to around the ears (mini lift). If a neck lift surgery is also desired, the incision is continued from the earlobe to behind the ear. The surgeon repositions excess fat and tightens facial muscles. The skin is then lifted and stitched into place, and any excess skin is removed.

Generally, Iranian surgeons try to minimize the incision but maximize the lift. The surgery is performed in a modern beauty clinic or private hospital using the latest technologies. The procedure takes around 1-2 hours, and the full recovery period is 1-2 weeks. Once healed, the scars will gradually fade away into the hairline and skin (in less than 1 year).

In a broad category, facelift refers to any facial procedure aiming to rejuvenate the face by eliminating signs of aging. In this sense, people talk about a non-surgical facelift, which included procedures like dermal fillers, Botox injection, Ultherapy, facelift with laser, etc.

The type of facelift we are talking about, however, is surgical, which itself has numerous variations. Different versions of rhytidectomy include mini facelift, S-lift, mid-facelift, upper facelift, lower facelift, cutaneous lift (skin only), temporal facelift, minimal access cranial suspension (MACS) lift, QuickLift, endoscopic facelift, traditional facelift, and thread lift. Choosing one of these options largely depends on the patient’s preferences.

A thread lift, also called feather facelift, is a minimally invasive alternative to the traditional facelift procedure, designed for people with minor loose skin who are looking for a less painful, less expensive facial rejuvenation procedure with short recovery time.

Threat facelifts are usually performed under local anesthesia, with the patient awake and seeing the results as the procedure is being performed, though she/he doesn’t feel any pain. A facelift with thread often takes 1-2 hours. The surgeon uses special instruments to insert a thin suture into the skin through tiny incisions, which attach to the skin tissues and are pulled back to straighten and smooth the skin. These sutures will dissolve over time.

Ponytail lift or ponytail facelift is a relatively recent procedure aiming to create youth-enhancing effects of a ponytail hairstyle on the face. Many women wear their hair in a ponytail style to achieve that subtle yet effective lift. Now, plastic surgeons have found a way to make that look last even with the hair down.

Ponytail lift has some advantages over traditional facelift.

All that being said, ponytail lift might not yield the ultimate outcome for everybody. It cannot improve severe skin sagging or drooping cheeks. As a result, people who are over 50 might find a traditional facelift more beneficial than a ponytail lift.

The ponytail facelift procedure is usually performed under local anesthesia. The surgeon makes two small incisions above the ears and close to the hairline. These incisions will be sufficiently hidden and won’t leave any noticeable scarring.

Through the small incisions, the surgeon lifts the skin and makes some adjustments to the underlying tissue. Then, the incisions are closed using sutures which will be removed within five days after the surgery. The patient can feel a difference almost immediately after the procedure. With its minimal downtime and few side-effects, ponytail lift might be the best option out there for people who are between 30 and 45.

Why AriaMedTour for your facelift?

Arranging a smooth medical trip to Iran sounds overwhelming, frustrating, and sometimes impossible at first glance. Consider this: a patient from a western country wants to get plastic surgery done in the country. There’s a pool of Iranian surgeons, and various clinics and private hospitals, but there are also issues of finding the right surgeon, getting a visa, and communicating with the surgeon.

We, at AriaMedTour, strive hard to give you the convenience of traveling to Iran and connecting to top-rated Iranian surgeons without being fallen into the hands of unlicensed middlemen and interpreters and being ripped off. We provide professional services to patients from all over the world, including:

Accordingly, patients can rest assured that they will experience a hassle-free medical trip to Iran for facelift surgery.

Check out the complete list of questions about Facelift 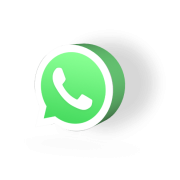