Surgery is a treatment method to get rid of a breast tumor. If the breast tumor is removed surgically, along with a small margin of the surrounding healthy tissue, it is technically called ‘lumpectomy’. If a tumor is too big, it can be shrunken with chemotherapy before a lumpectomy. However, sometimes the cancer is too advanced to be cut out with a small incision in the breast, thus the entire breast needs to be removed surgically, which is called ‘mastectomy’. In most mastectomy surgeries, all of the breast tissue — fatty tissue, the lobules, ducts, and some skin, including the nipple and areola – are removed, but new techniques allow for a mastectomy without removing the nipple and areola (skin-sparing mastectomy and nipple-sparing mastectomy).

Sometimes a breast cancer patient needs to have one or several of her lymph nodes removed when the cancer has already spread to the nodes or there is a high chance that this happens in the future.

Just like other types of cancers, breast cancer can be treated using chemotherapy. Chemo is one of the most commonly used cancer treatments in Iran.  Chemotherapy may be recommended for a breast cancer after the surgery if it has a high risk of returning or spreading to other parts of the body. Sometimes chemotherapy is applied before surgery in patients with large breast tumors to reduce the tumor to a size that makes it easier to be removed with a lumpectomy. In patients whose cancer has already spread to other parts of the body, chemotherapy can be used to alleviate the symptoms that the cancer is producing.

There are other types of breast cancer treatments such as radiotherapy, hormone therapy and targeted therapy (biological therapy), each of which has their own benefits and disadvantages. If you are suffering from a breast cancer and plan to have an effective treatment at an affordable price, do not hesitate to contact us for a free consultation and free quote for a mastectomy in Iran or other types of breast cancer treatments. Our medical consultants will get back to you as soon as possible to provide you with all the information you need.

Do I have a breast cancer?

If you already know you have a breast cancer, you can skip this part. But what about those of you who are unaware of the dormant monster inside your body? We are going to first elaborate on breast cancer and its symptoms and then enumerate the risk factors that increase the likelihood of developing this widespread disease.

It’s been for years now that ‘breast cancer’ has become one of the most often heard types of cancers, to the point that even most ordinary people have heard about it at least a few times in their lives. No matter where you are from. Women from all corners of the world are increasingly hearing the footsteps of a common threat called breast cancer getting closer and closer to them. 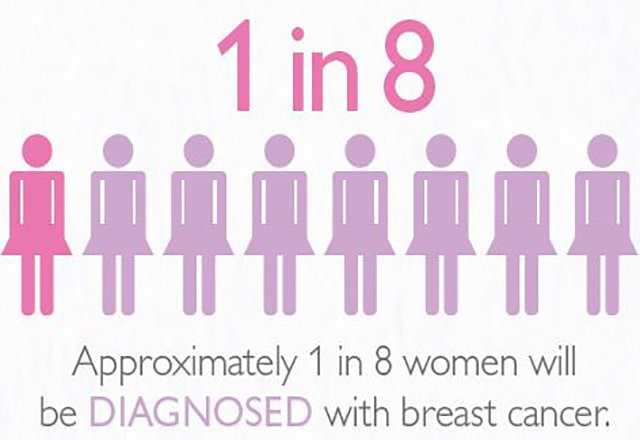 Although it can also happen in men too, breast cancer is the most common cancer in women (one in every 8 women are diagnosed with breast cancer), but this doesn’t mean that it is not curable. Breast cancer can be treated using different methods.

What is breast cancer?

Breast cancer is the result of an abnormal growth of cancerous cells in the breasts. These cells often form a tumor that can be detected by an x-ray of the breasts or be felt as a lump. If the tumor is malignant, it typically spreads (metastasize) to surrounding areas.

What are symptoms of breast cancer?

Having a lump or mass in your breast is a common sign indicating you probably have a breast cancer. In most cases, the mass is a painless one with irregular edges, but they also can be soft, round, and tender. It is then highly recommended that you take any sign in your breasts seriously and have it checked by a specialist.

A breast cancer has other possible symptoms. They include:

Sometimes before the original tumor in the breast gets large enough to be felt, it spreads to lymph nodes under the arm or around the collarbone, causing a lump or swelling in that area. So it’s important to have your lymph nodes checked by an oncologist in case of noticing such a symptom.

That being said, although most types of breast cancers usually cause a lump in the breast, not all do. Mammography is one of the best imaging methods for breast cancer detection. It uses low-dose x-rays to detect cancer in breasts before visible symptoms develop. Although mammograms cannot detect all cancers, they are very helpful as they can find cancers at a very early stage when treatments are approximately 100 percent successful.

This is not meant to underestimate the high risk of cancer, but it is important to know that many lumps noticed in the breasts are benign, which means that they do not spread to other parts and are not life-threatening, though some of them might increase the chance of a woman getting breast cancer.

What are the causes of breast cancer?