Get your inverted nipples corrected with a simple surgical procedure, which we offer at a fair price along with all travel services.

Get your inverted nipples corrected with a simple surgical procedure, which we offer at a fair price along with all travel services.

Inverted nipples in women often bring about different problems, including difficulty in breastfeeding. Apart from problems related to the function of breasts, the condition is also worth addressing in terms of its aesthetic aspect. Fortunately, new surgical methods allow a complete solution to the inverted nipples problem. Read on to learn more about the procedure and fill out the above form to get a free consultation and price quote for an inverted nipple surgery in Iran.

Inverted Nipple Surgery in Iran: All You Need to Know

Having a perfect body matters to most women if not all. A small deformity like inverted or flat nipple may bother them during their whole life.

With the expensive cosmetic/medical services all over the world, it seems reasonable and even smart to get inverted nipples fixed beyond the borders of your home country.

Thanks to the development of medical technologies and facilities, having a nipple surgery is not risky at all. Especially when you choose a country that is turning into a plastic surgery hub with performing more than 200,000 cosmetic surgeries per year.

Before going any further, let us see what is inverted nipple correction surgery exactly, how much it costs, how it’s done in Iran, and the like.

What Is Nipple Correction Surgery?

Nipple correction surgery is plastic surgery for those with inverted or not-protruded nipples.

Nipple inversion occurs when one’s milk ducts are too short that force the inside muscles and make the nipples pull inward instead of sticking out. As a result, the appearance of breasts is changed that makes the person lose self-confidence.

Approximately, 10% of women are affected by inverted nipples. If you feel embarrassed because of your nipples, this is a suitable option for you to make them natural.

Nipple correction surgery is typically performed for aesthetic reasons. In addition to that, it improves breastfeeding and helps women get rid of some sort of recurrent infection or inflammation.

All the people with one type of the above conditions can benefit from inverted nipple repair surgery.

Why Inverted Nipple Surgery in Iran?

Iran has always been a quite popular place for tourists seeking medical care, especially in the region. Recent years has seen the emergence and surge of the field of cosmetic tourism and Iran is considered one of the most reliable options to get plastic surgery, be it minor or major, done.

Having access to an abundance of successful and globally-renowned doctors and surgeons is only one of the perks of having surgical procedures in this land. What makes Iran unique among a host of countries with modern medical facilities is the undeniable fact that almost all cosmetic/medical procedures including invasive and non-invasive surgeries are far more cost-effective compared to having the same treatment in many other countries.

Further to this, patients who head to Iran for their treatment get the chance to visit one of the oldest civilizations of the world with numerous historical, cultural, and architectural attractions.

For an inverted nipple surgery in Iran, not only people would save up to 70% of the cost they would have to pay in their own countries. But also they are guaranteed to get the most efficient surgery without being put on a long waiting list.

Inverted nipple correction surgery costs differently depending on the surgeon, hospital facility, and the anesthetist. This cosmetic surgery is not usually covered by insurance.

So, though the quality of surgeries including the proficiency of the surgeon, hospital facility, and checkups are high, correcting your nipples in Iran is much more affordable than in other countries, even in India, one of the most famous medical tourism hubs in the world.

HOW IS inverted nipple SURGERY PERFORMED in Iran?

The surgery takes between 1 and 2 hours. Depending on the case, general anesthesia, local anesthesia or sedation is administrated.

Your surgeon incises your nipples and areola to have access to your milk ducts which have made your nipples inverted. Then, your nipples are pulled out to their normal shape and your breast(s) are advanced forward.

In the end, the incisions are closed in a way that the stitches surround the nipple. Therefore, they also increase the nipple’s protrusion.

In the above method, the milk ducts remain untouched. However, in some severe cases, they may be manipulated during the operation. In this situation, the ability of breastfeeding may also be affected.

This surgery can be combined with a breast augmentation or reduction for those who wish to have such procedures too.

There’s a short period of recovery after correcting the nipples. Usually, taking one day off from work is enough. But, the surgery’s side effects may last for a few days up to one week.

You may experience soreness, discomfort, swelling, and irritation after the procedure. They should be alleviated within a few days.

During the healing time, you need to avoid strenuous activities and follow specific instructions advised by your surgeon. To learn more about the post-operative cares, read the section “what to do after nipple surgery”.

WHAT TO DO BEFORE Inverted NIPPLE CORRECTION?

After determining the right method, your surgeon has a consultation session with you and elaborates on the procedure. The steps below are required:

WHAT TO DO After Inverted Nipple Surgery?

It is essential to consider post-operative cares as follows:

Following the mentioned medical cares decreases the chance of developing side effects and complications after treatment.

Inverted Nipple Correction without Surgery: Is It Possible?

With the advances seen in the field of breast reconstruction, some methods have been devised to non-surgically correct and enhance the nipples. One example is suction. In this method, a suction device (also known as Niplette) is placed on the breast to take out the nipples through vacuum pressure.

Although this may sound easier than getting surgery, the results are not satisfactory and long-lasting. So, in case you intend to enhance your nipple’s appearance and improve their function once and for all, you need to undergo the inverted nipple surgery.

Inverted nipples may be a congenital trait you are born with. Or, it may appear at a stage of your life due to certain diseases like breast cancer and duct ectasia. Whatever the reason, this problem has something to do with the ductal system or it’s resulted from tight tissue of the nipple.

As nipple correction is a safe surgical treatment, the risks and complications related to it are extremely rare. But, it is better to be well informed about the possible complications. They include slight bleeding, infection, complications of anesthesia, inability to breastfeed (when the milk ducts are damaged during the operation), scabbing, scar becoming thick, asymmetry of nipples, and decrease in sensation.

Some of the complications mentioned only may happen for smokers. Smoking interferes with any kind of surgical procedure’s healing process. So, it is better to stop it weeks before the appointment.

You would face difficulties when breastfeeding if you have inverted or retracted nipples.

Will I be able to nurse my baby after inverted nipple surgery?

Inverted nipple correction is aimed to improve breastfeeding in women. However, in some severe inversions, the milk duct may be affected during the procedure. These women will be able to produce less amount of milk compared to a normal mother. By the way, this is not happening much often and it can be controlled when the surgery is done by a skilled surgeon and when there’s a time distance between the surgery and pregnancy.

How can I get my nipple correction procedure arranged in Iran?

AriaMedTour will help you plan your travel to Iran and find a suitable and affordable clinic for your inverted nipple surgery. You just need to apply below or send us a message through the below chat box.

Once your case is reviewed, our staff will contact you to provide you with all the information you need. Then, we will arrange everything for your trip and treatment, including surgery, visa, accommodation, transportation, etc. 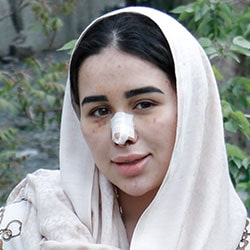 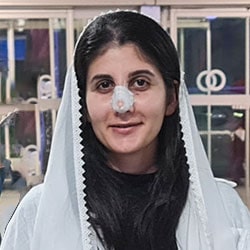 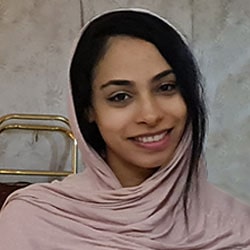 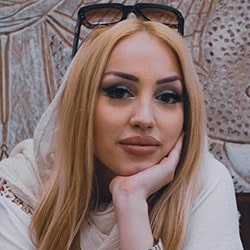 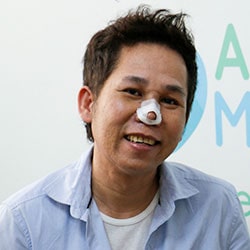