Rhinoplasty is a complex surgical procedure, and as a result, it is not unusual for patients to experience bruising in the days following surgery. This occurs due to the pressure on the face during the surgery.

Bruising after rhinoplasty is a common complication that can persist for several days after the surgery, and in some cases, it can even last up to a few months.

This article will discuss rhinoplasty bruising causes, areas involved, recovery timeline, and what to do to reduce the bruising. 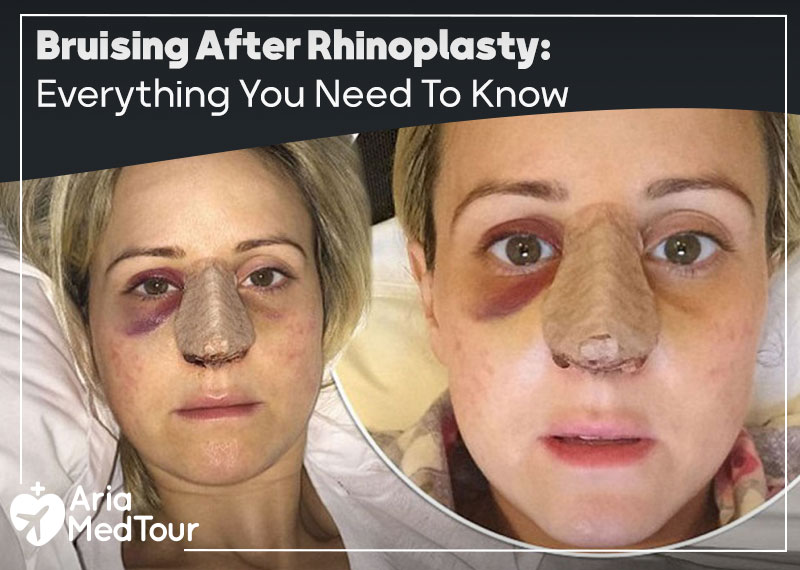 Why do we experience bruising after rhinoplasty?

Bruising is common after any surgery.  It may especially occur if the surgery is done on a delicate area with a lot of blood vessels like your nose. Therefore, a noticeable bruising is usually expected after rhinoplasty.

The most important reason for rhinoplasty bruising is the surgical procedure itself. It typically occurs because the surgical site is close to the blood vessels in the nose, and blood flow can be disrupted.

The small blood vessels around the surgical area break and leak blood which develops bruises, creating a red, swollen appearance.

However, several reasons may contribute to a more significant and extensive bruising after rhinoplasties, such as too much pressure or bleeding during the surgery, incorrect surgical technique, or complications from the surgery.

Rhinoplasty patients who experience significant bruising should see their doctor for evaluation and treatment.

Where does bruising appear after rhinoplasty?

Bruising can occur in a variety of locations on the face. This includes areas near the blood vessels in the nose and around the surgical site, typically where a lot of pressure is applied during the nose surgery.

The bruises are primarily red and swollen and can be caused by either direct trauma to the skin or by swelling from surgery.

Where does bruising appear after rhinoplasty?

Rhinoplasty bruising can generally be expected to last for around two weeks. However, it is essential to be aware that this timeframe can vary depending on several factors, including the severity of the bruising and your physiology.

In most cases, milder bruising will usually subside within a few days, while more severe bruising may take up to a week or more to heal. 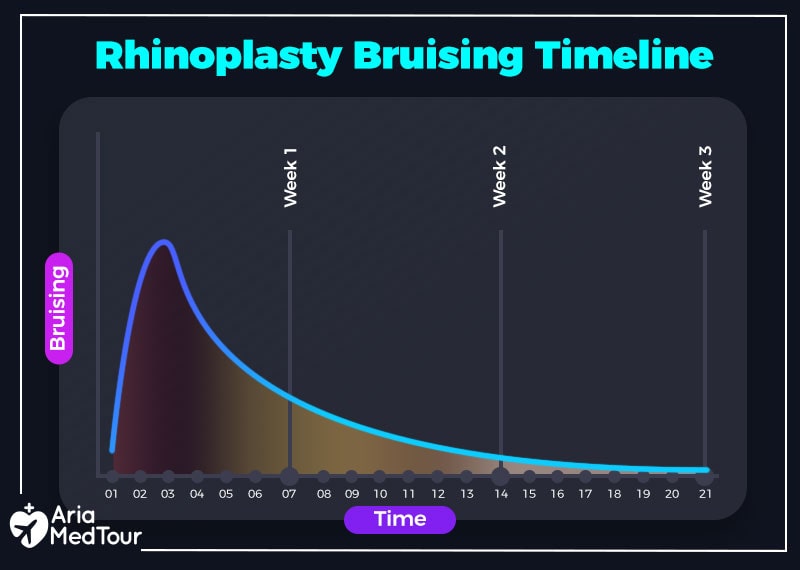 Bruising After Nose Job (Recovery Time and Bruise Colors): The color under the curve represents the main bruise color in each time.

After rhinoplasty surgery, the bruising that initially appears will subsequently hide in the shade of reddish blood. Because of this, the redness in the bruising may not necessarily manifest until the next day.

Bruises will become more noticeable 2 to 3 days after the initial swelling. The discoloration will then be quite dark, and it might be purple, blue, or black and will remain dark for some days.

The body begins to repair itself two days after surgery, and the healing of bruising will show itself after several days. The fading may be noticeable after a day or two of massive bruising. The fading bruise will gradually change to a duller green shade. As it wears off, it will become greener in color.

Bruises can appear in brown, yellow, or green colors after one week to 10 days. While they heal, the bruises continue to fade. In most cases, bruises may disappear in as little as two to three weeks. While it may take a bit longer for some cases with extensive bruising, patients with mild bruising will get rid of it in less than two weeks.

How to reduce bruising after rhinoplasty

There is no surefire way to prevent rhinoplasty bruising, but there are a number of things that you can do to help ensure that healing goes as smoothly as possible. Be sure to take advantage of all post-operative care options available to you.

Here are some of the most important tips for helping you reduce bruising and make it heal more quickly. 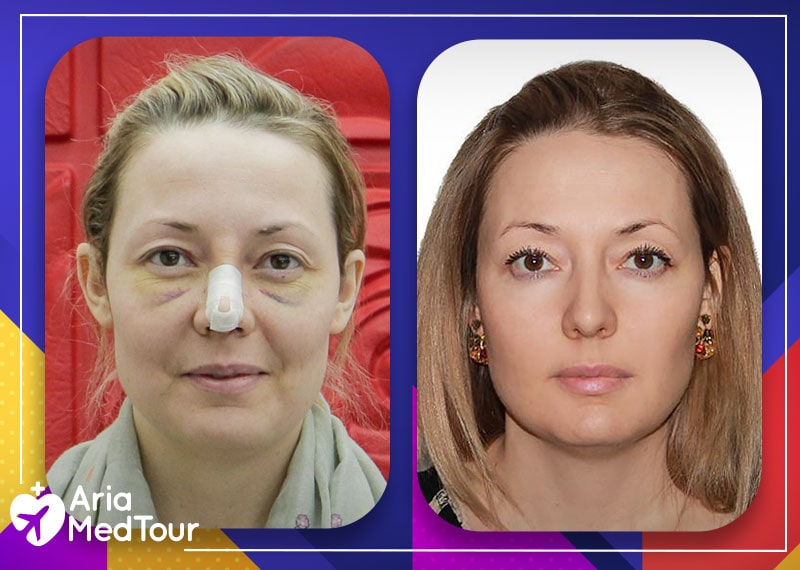 Before and after rhinoplasty bruising healing

If you experience excessive pain or discomfort, do not hesitate to ask your doctor for help.

she had big change in her face