A Race, A Face, A Nose Shape! Relevant or Not?

A Race, A Face, A Nose Shape! Relevant or Not?

The relation between nose shape and race Different Types of Nose Shapes in Different Races Does Nasal Surgery Depend on Your Nose Shape?

Are you looking for the perfect nose shape for your face? Do you know that the shape of your nose is determined by your race or the ethnic group you belonged to? Yeah! The truth is that your nose shape characteristics can point you to where you are from.

In this article, we are going to talk about where a nose comes from and what type of nasal surgery would be suitable for you. So, if you’re curious to know about different nose shapes in different races, follow this clue. 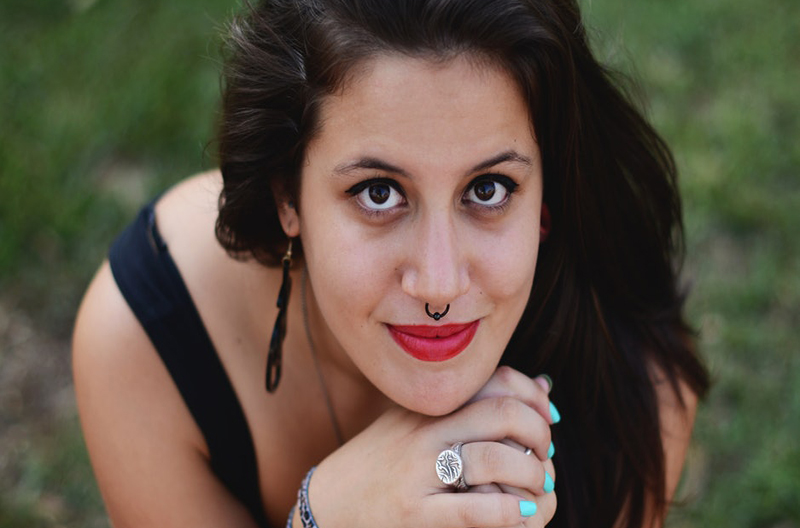 Where does my nose come from?

Is the nose shape determined by race?

Race refers to the groupings of humans according to the common qualities they obtained as they live in a specific region. Different races or ethnic groups tend to demonstrate different specific physical characteristics.

Nose shape, which is one of the facial features, is regarded to vary among different races. It changes and evolves from one generation to the next over the time to adapt to a particular regional environment and climate. That’s why there exists a wide range of different nose shapes among different descents. For example, Europeans have noses with narrow bridges which are seen as an adaptation to the cold climate of where they live.

As explained in a research published in the Journal of PLOS Genetics, the observed differences in nose shapes among people are not a mere result of the genetic shift but are adaptations to a specific climate.

The research suggests that the width of a nose is related to temperature and absolute humidity. Therefore, some aspects of nose shape are indeed driven by adaptation to the local climate. However, this is a simplified explanation of a very complex history. So, we should note that other factors such as gender are, less or more, involved as well.

In summary, the shape of your nose is not only a matter of genetic alteration but also a response to the environment and accordingly a racial trait. Now, let’s have a closer look at different types of nose shapes determined by race.

As race borders are not clear-cut, we need to define some race categories to be able to describe different nasal shapes in different races.

Therefore, we will focus on five basic race categories which are classified according to their related regions. These include European, Asian, African, American and Mediterranean races. Although the categories do not include all the races, we apply this kind of classification to help you get through them easily.

Europeans have a nose with a narrow bridge. People from north Europe have wide-base noses and protruded tips, while natives to northwest Europe have pointing-up noses. In general, European people have slightly wider and longer noses compared to other ethnic groups in the world. 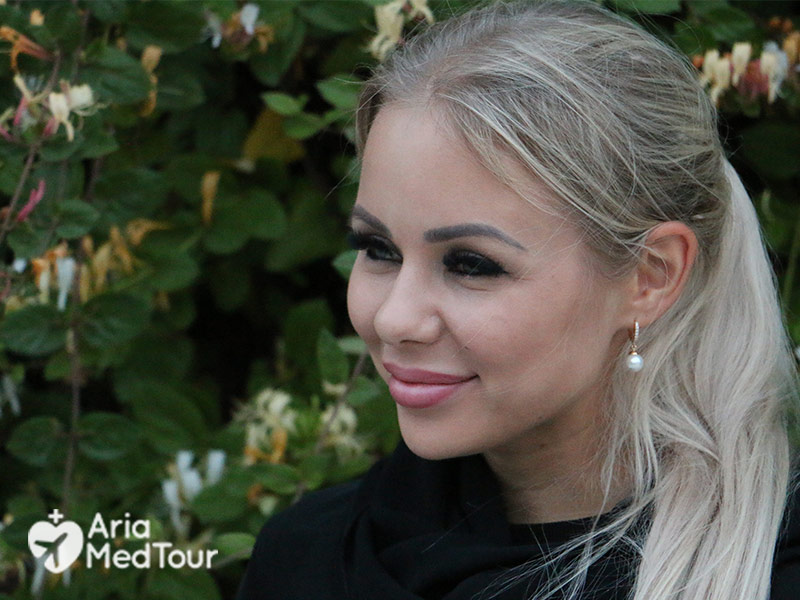 I’ve got this narrow nose shape from Finland!

Asian descent includes a large group of people from east to west Asia. The most typical individuals included in this class are from East Asia. Asians have noses with broad and rounded tips. Augmented nostrils and lack of protruded bridges are typical of Asian noses.

East Asians are marked by their slim noses. They have the smallest noses in terms of surface area. However; east and south Asians have a larger space between their nasal alare (wings of the nose). 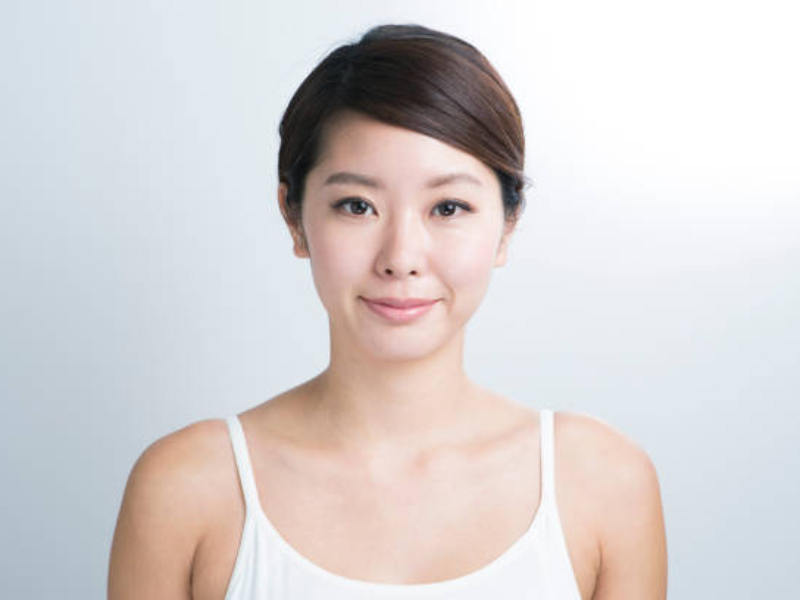 Asian girl and maybe the smallest nose ever!

Africans have the widest and most prominent nose compared to other ethnic groups. Their noses are featured with enlarged nostrils, wide and rounded tips and a lack of protruded nasal bridge.

West Africans have the widest noses (widest nostrils), while north Africans tend to have the smallest wide noses. Moreover; the distance between the nasal alare are significantly larger in west Africans as compared to individuals with European ancestry.

On top of the short nasal bones, African skin is much thicker than Asians’ and Europeans’ so it is more liable to scarring. The cartilage might require extra support. 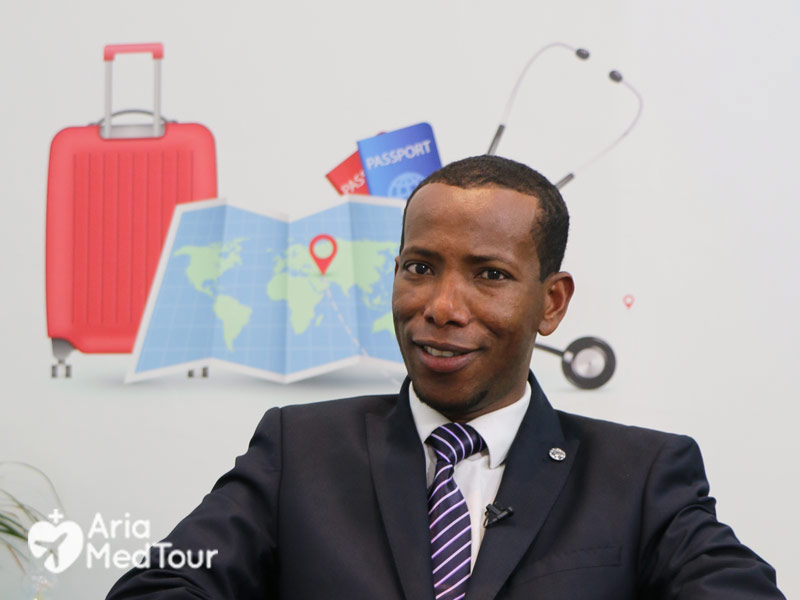 African or American? that’s the question.

African Americans have wide noses with wide or low nasal bridges, flared nostrils and puffy tip. Hispanics also have wide noses but with a hump or a dropping tip, they also have thicker oily skin and a small hump.

Native American noses tend to have depressed root. The sizes are different from one person to another but they have a bit of short base and they are wide.

America also have people of mixed races like American-Mexican who have low roots, drooping tips and normal bridges. Other people who are Native Americans-Europeans have wide tip and thick skin.

The Mediterranean race includes people from southern Europe to central Asia. They tend to have noses with a hump in the region between the tip and forehead and a slightly drooping tip.

Among Mediterranean descent, Arabs’ nose shape has something to do with African ancestry. No matter what lies behind this, Arab noses are believed to be similar to African. A rounded fleshy tip is their common trait.

Does Nasal Surgery Depend on Your Nose Shape?

Located in the center and in front of your face, your nose is the most noticeable facial element. Accordingly, plotting your nose shape would help you find out what type of nasal surgery would fit you.

With the details of the nasal shape for any particular ethnic group, surgeons will be able to offer patients to reach the most desirable cosmetic results. Septoplasty and rhinoplasty are the two dominant nasal surgeries which can be done to give you a healthy aesthetic nose.

Septoplasty refers to the surgical correction of defects and deformities of the nasal septum (space existed between the nostrils), while rhinoplasty is the correction of nose shape including reshaping and resizing the nose.

So, to enhance your nasal shape, rhinoplasty seems to do the trick for different types of nose shapes in different races.

Depending on your nose and the results you want to get out of your surgery, you may be recommended to go for natural, dolly, or semi-dolly nose surgery.

You have brocken up Europeans into different races but lump Africa into one race under the Black banner. You have said nothing about East Africans , Aboriginal , koisan etc.

a bit ignorant especially in terms of Black and African people. Yes, we do have some wide noses, but so do many South and Southeast Asians…anyhow. Then how does talking about Africans automatically warrant comparison to Europeans when this isnt done with any other group…?

“American race” that is Black? Come on If you want to see True American Faces look for Mexican Natives.

This is ignorant. you’d describe anyone bridge as “normal” sized. There is no normal!

What race have a hump on the brige of the nose

I think the Mediterranean race is bogus. Most Western Eurasians belong to the same broad racial group and nose shapes over lap. You can find Semitic type noses in British Isles, Central Europeans etc. and upturned noses in Berbers, Turks etc.

Asians do not have the smallest noses, there’s are actually very wide. The girl in the picture likely had plastic surgery. Also there are different types of Africans, not all have the same nose.

This nose/race round up is so unnecessary !

What is a “normal” bridge ? Does that make people with flat bridges or very high bridges “abnormal” ??

And is a “sticking up nose” something I can ask for when I have a consult ???!

I’m of mixed ancestry and say I’m black . My nose isn’t flat , wide , bent up , or pointie . I don’t know what kind of nose I have. A lot of people tell me that my nose is typical. Anybody can have any nose shape. So , why are people saying one type of nose belongs to this race or that race ? It doesn’t make sense.

An American is the Native American Race because they are Indigenous to their continents! You already have a category for Europeans and Africans, they are not American at all. So to have an American nose, you can’t one just because you are an Immigrant or a American by Nationality.. Native Americans have the Highest bridges, that are usually higher than the eyebrows, and extends furthest out from root to tip. They are usually thin bridged and narrow nostrils. European and Africans already have their categories, and do not belong in the American category!!

How about Yemeni people what type of nose do they have,You said NOTHING about them or middle Easter

Hispanic is NOT a race.

This post push subtle white supremacy racism. What is a “normal nose bridge?” Who and what defines normal? By whose standard? By default, this means noses that do not conform are abnormal. In addition, every race has every type of nose represented. The arrogance and ignorance of generalizing specific phenotype features to one group of people is again misleading. The writer’s world view and experiences are limited and language used is questionable. There is no universal normal nose. What is attractive and desirable to one person may not be to another. Europeans force their standards of beauty on the world and commodify and exploit the beauty of difference when it suits them – like elevating tanned skin, or craving bigger lips or behinds – while denigrating and diminishing those who are born with these natural features. Stop making up the rules as you go along. White supremacy is the most successful scam in the history of humanity.

Funny how people automatically stereotype all Europeans as white, and all Africans as black ? Just because a certain geographic location today has a certain type of race, doesn’t mean that five hundred years ago it was the same way in the same exact location. From then until now it has changed drastically. Surprisingly no-one here has mentioned the fact that many of the original Mayan’s and Aztec’s and other Tribes of so called Native Americans were actually so called black people too ? His-story taught us a bunch of lies and that is not our true story. The veil is thinning and the truth is becoming easier to see.