A fast and affordable solution to droopy eyelids. We offer all-expense blepharoplasty surgery in Iran at fair prices.

A fast and affordable solution to droopy eyelids. We offer all-expense blepharoplasty surgery in Iran at fair prices.

Genetics, trauma, or most probably time all may take their toll on your eyelids.  Then, you start to see sleepy looking eyes in the mirror and may wonder whether there’s a solution for them or not. The answer is yes! You can bring them back to life with eyelid surgery.

Take a look at ‘before and after’ photos of people who got their eyelid surgery done in Iran. 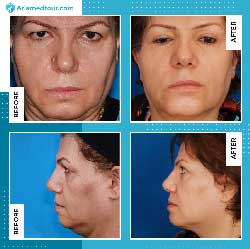 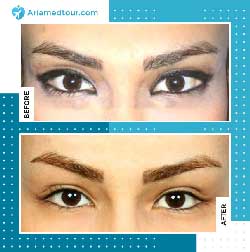 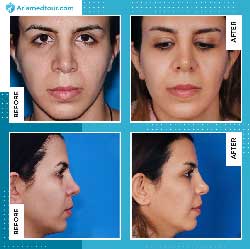 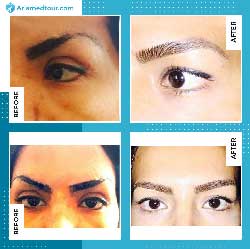 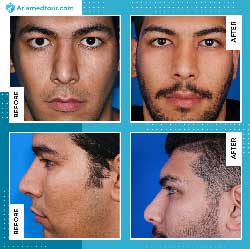 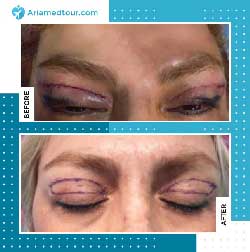 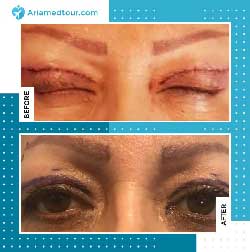 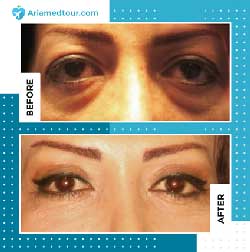 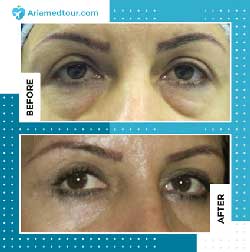 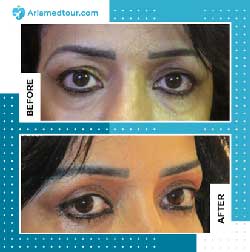 Why choose Iran for eyelid surgery?

There are many reasons Iran is a great destination for people seeking blepharoplasty abroad. Well-trained and experienced plastic surgeons, low prices, hospitable people, and wonderful tourist attractions are some of the factors that will offer you a pleasant experience of having eyelid surgery in Iran.

There is a lot of inconveniences in arranging a cosmetic surgery abroad. AriaMedTour is a professional medical tourism facilitator that help you to have a smooth and hassle-free blepharoplasty experience in Iran without having to worry about things like visa, hotel, city transportation, language, safety, etc.

How much is blepharoplasty in Iran?

The cost of blepharoplasty in Iran depends on factors such as the experience and qualifications of the surgeon, related services, and the type of surgery. While you can find prices as low as $1,000 for upper and lower eyelid surgery in Iran, topflight plastic surgeons in Iran charge you around $2,500 for a blepharoplasty procedure.

Eyelid surgery in Iran: everything you need to know

If you’re considering Iran for your eyelid surgery, you’re probably curious about what it involves, how it would be like, and many more. So, here is all you need to know about blepharoplasty or eyelid surgery in Iran.

Everyone agrees on the powerful effect of eyes in facial beauty. There are some factors, though, that causes the eyes to look older and not so attractive. They are often caused by hereditary or as a part of the aging process. Take droopy eyelids an example. They make you look older, and may also impair vision. Blepharoplasty is the solution.

Blepharoplasty, also called eyelid surgery or eye lift, is a corrective surgery which removes the excess skin and fat from upper or lower eyelids. Blepharoplasty does not change the form of your eyes. It can tighten loose skin around your eyes, though. As a result, you will have a more refreshed look. 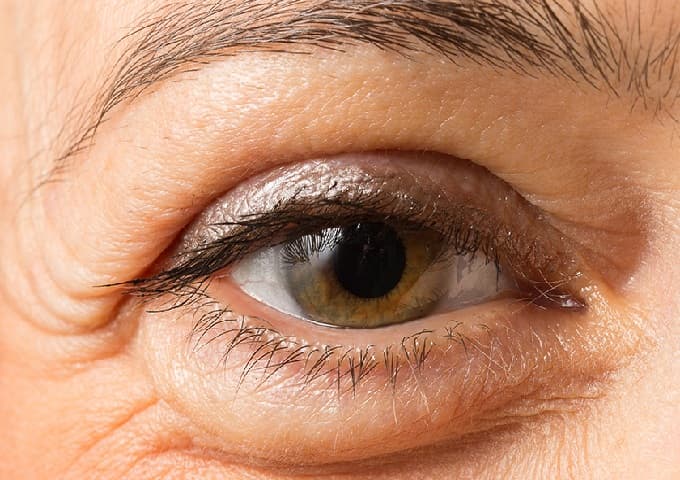 Is Iran a right place for eyelid surgery?

If you’re one of those who is bombarded by the big media and never has searched for the truth, traveling to Iran for surgery might be the last option you consider. This is because the media portray Iran as an unsafe country for travelers.

However, this is not true at all. Though located in the neighborhood of Iraq, Pakistan, and Afghanistan, the country is as safe as many developed countries around the globe.

Speaking of quality, Iran is well-equipped with super-organized modern hospitals and clinics. The staffs are well-educated and a lot of the doctors have attended top western universities or at least have passed fellowships or specialized courses in those universities.

In the field of blepharoplasty, you can easily count on Iranian surgeons as this surgery is the 4th most frequently done surgery in Iran. Plus, some Iranian doctors are well-known across the world for the great work they had done to promote this area.

One example is Professor Mohsen Bahmani Kashkouli. Dr. Kashkouli has earned his fellowship in the field of Ophthalmic plastic and reconstructive surgery from the UK. He’s been working as the vice president of Middle East African Council of Ophthalmology (MEACO) since 2012.

Furthermore, as the price is one of the deciding factors people take into account when getting surgery abroad, and Iran is ideal in this regard. With the low cost of living and low salaries, this country offers the most competitive prices to the patients without compromising on the quality of healthcare services. Learn more on the exact costs in section ‘cost of eyelid surgery in Iran’. 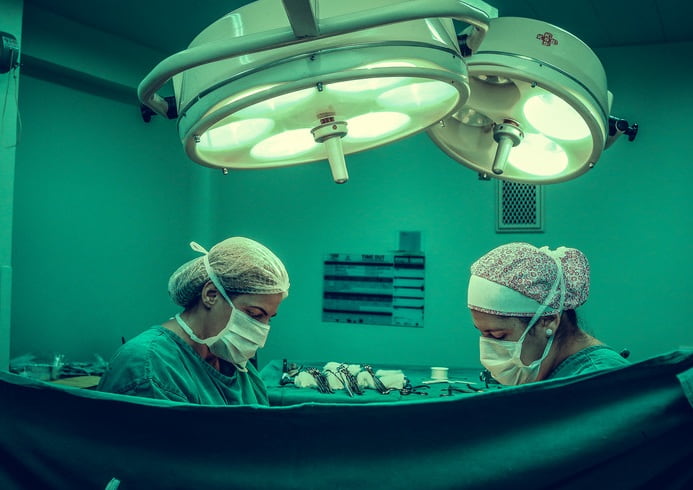 When is eyelid surgery needed?

Blepharoplasty is done under either local or general anesthesia. The surgery lasts for about 1 hour. Depending on your condition, the surgery might be carried out on upper lids, lower lids, or both.

Your surgeon makes precise markings on your skin to determine where and how much excess skin needs to be removed. Tiny and delicate incisions are made in the upper (alongside the crease line) or lower eyelid (alongside the lower crease line or inside the lower eyelid). Then, the surgeon removes or relocates the excess skin or fat, tightens the muscle, and closes the incisions.

In order to achieve the best results, your surgeon may suggest you undergo a brow lift or a facelift at the same time. 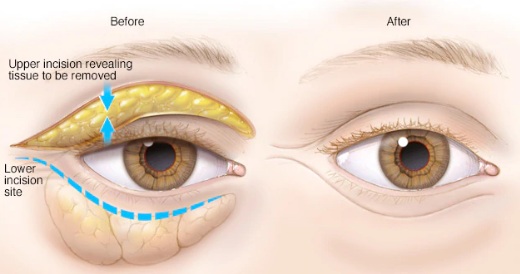 There are plenty of reasons as to why upper eyelid surgery may be needed, including:

Most of the time, the condition occurs as a result of aging and muscles’ weakening. But it can also be seen in young people as a hereditary issue. Nevertheless, the surgery is quite common and can easily offer the result that patient is seeking.

Upper eyelid surgery can result in a more youthful and upbeat appearance. The surgery involves making an incision in the fold of the eye and removing the excess skin, fat or muscles.

Blepharoplasty for the lower eyelid, also known as eye bag surgery, is usually performed to counteract the effects of aging such as wrinkles, excess fat, and sagging skin. By improving the puffy or baggy appearance of the lower lid, lower eyelid surgery can result in a smoother and more youthful appearance. The surgery can also be performed in conjunction with procedures such as facelift.

To ensure tighter skin, the procedure is performed by removing the excess skin and fat and then, sewing the skin back together.

Share your concerns with our healthcare specialists to learn about different options of lower eyelid surgery and whether the surgery is the right choice for you.

Another recently popular procedure is cat eye surgery, also known as canthoplasty. The cosmetic procedure is common among young and aged patients alike as it can provide more aesthetically pleasing eyes for both age groups. By altering the outer corner of the eyes, canthoplasty offers a lifted effect and the sought-after almond-shaped eyes. The surgery involves lifting and tightening the skin of the canthus (where the eyelids meet). 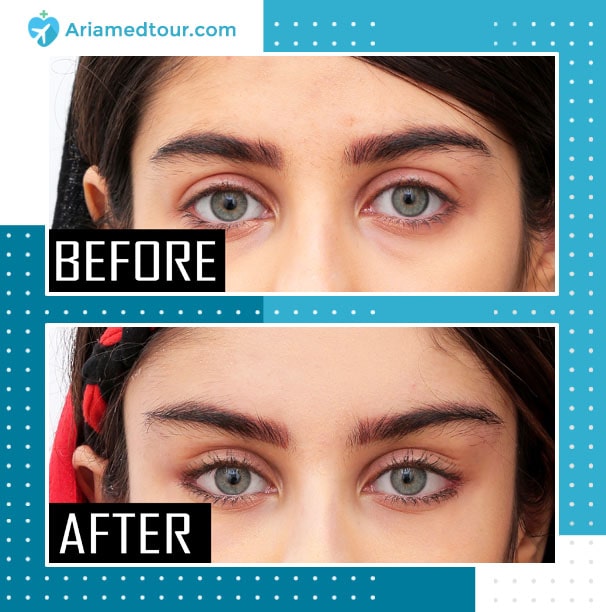 An actual patient who has had her canthoplasty in Iran.

Epicanthoplasty or inner corner fold removal is a popular cosmetic procedure among the Asian population. It targets the inner corner of the eyes and helps improve the hooded appearance of the upper eyelids. Consequently, the patient will have larger and more alert eyes.

Cost of eyelid surgery in Iran

Eyelid surgery in Iran is more affordable than anywhere in the world. You would pay something between $1000 and $2,500 for an eyelid correction procedure in Iran depending on whether you want to have both upper and lower lids corrected and the doctor you choose. The same procedure, however, costs around $3,000-$5,000 or more in the US. It costs somewhere between $2,500-$6,500 in the UK.

You’ll be recovered from an eye lift surgery within 10-14 days. During this period, you shall expect to see swelling and bruising. A cold compress can help the situation.

You may experience pain and discomfort for a few days after the surgery. Redness and dry eyes are also normal. Surgeons might prescribe eye drops to help.

For at least one week after the surgery, avoid wearing makeup or contact lenses. It will reduce the risk of infection and also helps reduce swelling. Incisions will also be healed within two weeks.

When the surgeon makes incisions using a laser to access the fat deposit above or under the eyes, the procedure is called ‘laser blepharoplasty’ or ‘eyelid surgery with laser’. This procedure reduces the risk of scarring. However, laser damages the tissues around the eyes which remain intact in a regular eyelid lift. Patients experience less pain and bruising with laser blepharoplasty, although the swelling increases. By the way, your surgeon shall determine whether you better go with a laser eyelid surgery or a regular one.

People from East Asia are typically born with monolid eyes, i.e. without a crease in their upper lids. Double eyelid surgery, also known as ‘East Asian blepharoplasty’ or ‘oriental eyelid surgery’, aims at enhancing the appearance of upper lids in these people by creating an artificial crease.

There are two approaches surgeons may choose to go with, in order to create a crease in the upper eyelid. One involves an incision, while the other employs a non-incisional technique.

In the former procedure, a crease is created in the upper eyelid to give more alert looking eyes to the patients. To this end, the surgeon makes several incisions along the eyelid. A small portion of the skin and fat are removed. The incision is then closed.

While there may be some fat removal in this procedure, the procedure differs in nature from a regular blepharoplasty which is done on drooping eyelids. 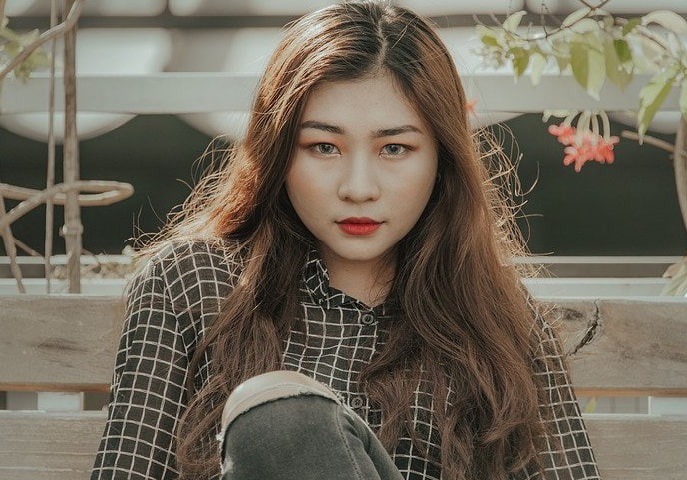 Before talking about the difference, let us clarify what is ptosis and ptosis eyelid surgery. Ptosis refers to a drooping upper eyelid resulted from a muscle impair. This deformity is not a matter of aging or skin laxity. People are born with this condition.

Ptosis repair or ptosis eyelid surgery is the surgical procedure which corrects this deformity. In this process, the surgeon manipulates the muscle above the eyes.

While eyelid lift addresses both the upper and lower lids, the ptosis surgery only focuses on the upper lid. In a ptosis repair, the surgeon tightens the muscle above the eye to help the patient achieve a better sight. However, in eyelid surgery, the surgeon removes fat and skin from around the eyes.

Am I a candidate for eye lift?

You’re a good candidate for eyelid surgery if you’re suffering from droopy eyelids but you’re in a good health and a non-smoker.

When there’s incision, there would be scarring. For blepharoplasty, scars are noticeable when the surgical area is swollen, i.e. during recovery. After recovery, the scar is concealed within the eyelid’s increases. Plus, it will fade away gradually as time goes by.

There’s always a dark side to every surgical procedure, and that’s complications. However, for blepharoplasty, this side is not as dark as you may think. Infection, hematomas, chemosis, and blindness are some of the complications which rarely happen. According to studies, this surgery is a procedure with high satisfaction and low complication rate.

The surgery, itself, is not painful as it’s done while the patient is put to sleep. The recovery is accompanied by a few days of pain and discomfort.