Fed up with wearing glasses and contact lenses?
With our all-expense medical tours, you’re one step
away from putting them aside for good.

Fed up with wearing glasses and contact lenses? With our all-expense medical tours, you’re one step away from putting them aside for good.

Wearing glasses all the time can feel frustrating. That’s why many people opt for LASIK surgery to save themselves the hassle. However, not all people can afford this treatment in their own country. In Iran, we offer some of the most competitive and transparent prices to make your surgery simple and affordable. Contact us for a free pricing and consultation, and scroll down to learn more.

LASIK eye surgery in Iran: all you need to know

The term LASIK, stands for Laser-Assisted in Situ Keratomileusis. It is a commonly performed surgery for treatment of nearsightedness, farsightedness, and astigmatism.

While the surgery is a simple outpatient procedure, many cannot get it done as it’s not covered by insurance. That’s where Iran comes in as hub for affordable healthcare.

This country has grabbed the attention of many patients for the affordable and high-quality eye care services it offers. If you’re considering this place for your eye surgery, but haven’t found enough information, here we provide all you should know about this procedure and how it’s done in Iran.

LASIK surgery improves the person’s vision through changing the form of the cornea. It is an outpatient surgical procedure that usually takes about 15 minutes per eye.

People who are fed up using eyeglasses and contact lenses opt for this surgery. It can be performed in an eye clinic or hospital. The recovery is short and the results are permanent.

Why LASIK eye surgery in Iran?

Iran’s ophthalmology has experienced massive improvements and received great attention in the recent years. Reasons include:

Proficient eye surgeons and doctors: The development of medical tourism in Iran owes a lot to the Iranian doctors and surgeons.

In the field of eye surgery, examples include Dr. Ali Asghar Khodadoust, a world-renowned corneal transplant surgeon who has been honored by the American Academy of Ophthalmology and UNESCO for his observation of endothelial rejection line which has been named after him as Khodadoust Line, as well as Dr. Hamid Ahmadieh, a top-rated Iranian ophthalmologist in retina surgery who’s been also awarded by the American Academy of Ophtalmology.

Without doubt, if it wasn’t for the successful work and extensive studies of our doctors, we wouldn’t been able to excel in this area and receive many patients from around the world especially our neighboring countries as well as African and European countries.

Specialized clinics and eye centers: Iran boasts a variety of eye clinics and hospitals which offer all surgical treatments for various eye illnesses, be it a major or minor one. The number of successful eye surgeries performed in the hospitals is so remarkable that it has been reported in the media as “Iran registered a new record in eye operations”.

Low cost of LASIK surgery: Low cost of laser eye surgery in Iran compared to clinics in other countries is among the top reasons why Iran can be chosen as the preferred place for this eye treatment.

How much is LASIK surgery in Iran?

Depending on where and in which country the surgery is performed, LASIK costs vary significantly.

Fortunately, the price of LASIK eye surgery in Iran is a low fraction of its prices in other countries. LASIK surgery is an outpatient procedure in Iran and costs from $700 to $1,400 per eye (including all the related medical fees).

Costs of laser eye surgery in other countries are higher.  For example, the average cost of this procedure in the United States is approximately $2,100 per eye. In the UK, the LASIK costs around £3,000 per eye.

LASIK eye surgery is recommended to the following individuals:

We should also note that a candidate of LASIK surgery should be older than 18 years with a stable prescription and sufficient corneal tissue thickness.

What is the best age for LASIK surgery?

The perfect time to undergo LASIK is when your eyes are fully developed and your eye prescription is not likely to change. Usually, it happens during the 20s and 30s. People who are under 18 are not recommended to go for this treatment and when you’re above 60, you may be suggested to consider other options, too.

AriaMedTour specialists recommend not to postpone the surgery until later years for three main reasons:

How is LASIK surgery performed?

First, the patient is asked to lie on the back and remain still. Topical eye drops are used to numb the eye, so the patient does not feel pain. Also, the area around the eye is washed and cleansed. He or she may also be given a sedative to help relaxation.

After preparation, the surgeon uses an instrument called lid speculum to hold the eyelids open. Then a ring is placed on the eye that creates suction on the cornea. The patient may feel pressure and experience dimming of the vision at this point in the surgery.

Once the ring is firmly in place the surgeon attaches a special device called a microkeratome to the suction ring. Using the blade on the microkeratome, the surgeon creates a corneal flap by cutting approximately the outermost of the cornea and lifts it carefully to one side.

When the suction ring in microkeratome is removed, the surgeon uses pulses from a computer-controlled exciplex laser to reshape the cornea by vaporizing tiny portions of its interior. This part of the procedure usually takes less than one minute. The surgeon then places the corneal flap into its original position and observes the eye for several minutes to ensure bonding. Stitches are not used in this type of surgery, because the cornea bonds and heals on its own.

Finishing the procedure, the surgeon administers antibiotic drops and places a shield over the eye to prevent the patient from rubbing it or from putting pressure on it while the patient is asleep. 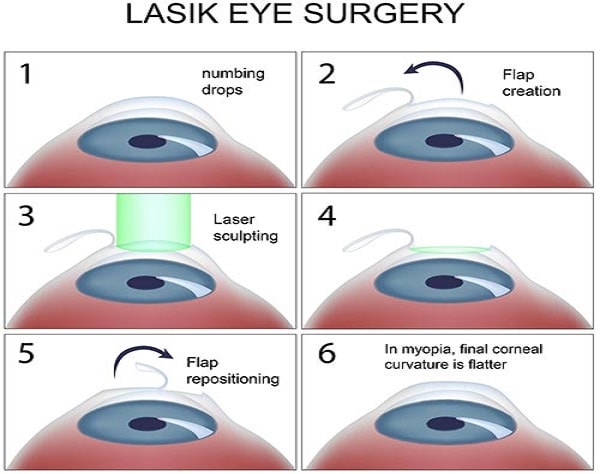 As mentioned earlier, LASIK eye surgery involves creating a corneal flap to allow the surgeon to get access to the cornea. During the conventional LASIK surgery, the surgeon uses a blade to form the flap. While this technique is widely popular and effective, there is yet another safer and more accurate method of corneal flap formation and that is the Femto-LASIK procedure.

Most patients are considered eligible for Femtolasik surgery. Furthermore, the procedure is particularly ideal for patients who are advised against conventional Lasik surgery due to having thin corneas. Ever since the technique was first introduced, Femto-LASIK surgery has been quite popular among both patients and ophthalmologists alike. Here are some of the main advantages of opting for Femtolasik surgery as a refractive eye surgery:

If you are intrigued by the Femto-LASIK procedure concept, get in touch with our specialists to learn more about the procedure and whether you could be a candidate.

The doctor will inform the patient about the risks and benefits of a LASIK surgery, and other possible alternatives to the surgery. The surgeon also will provide information to the patient about what to expect before, during, and after the procedure.

It is important for the patient to learn the facts about the outcomes before undergoing the surgery. For a safe and effective outcome, the surgeon carefully evaluates the patient to determine if he or she, is the right candidate for a LASIK.

Next, eye measurements and check-ups are performed on the patient for dry eyes, large pupils and thin corneas, since these conditions may lead to serious complications. It is also important that the patient informs the surgeon or the doctor about any eye or other medical conditions, because it may result in unsatisfying results.

Recovery from laser eye surgery is an gradual process. It will take around 7 days for you to be able to go back to your normal life. However, during these 7 days, you won’t be much restricted in activities. You should expect to feel itching and burning in the treated eye.

Since the patient cannot drive immediately following the procedure, he or she needs to make arrangements for a ride home. The patient should also keep his/her eyes clean and avoid rubbing them for at least 1 week.

Vision improvement will happen gradually since the first day after the procedure. Generally, it takes around 2 weeks to 2 months and more to fully recover. If you have a higher prescription number, you will experience it a lot faster.

LASIK is a safe procedure as it brings minimum side effects. However, as with any surgery, it is important that before having the procedure, the person be fully informed about the risks and outcomes of the surgery. Though very rare, these complications include dry eyes, sensitivity to light, blurred vision, and other visual symptoms, such as double vision.

Such symptoms are commonly mild and temporary. In addition to that, the patient’s vision may not be fully corrected after the surgery and may not last. It may require vision correction and further treatment to get the desired outcome.

Some patients may still need to wear glasses after the surgery to perform certain tasks. However, reviews from clinical data show that the benefits outweigh the risks when used properly and on the right patients. As a result, most LASIK patients report being satisfied with the results and the benefits of their LASIK surgery.

Am I a candidate for LASIK surgery?

You can benefit from LASIK surgery if you are in good health but suffers from vision problems and poor eyesight.

Factors that may prevent a person from being a good candidate for LASIK include having changes in contact lenses or glasses prescription in the past year, having a condition such as diabetes, taking medications that may affect wound healing, or having a current or past history of eye disease, such as glaucoma, herpes infection or inflammation inside the eye.

A history of eye injury or previous eye surgeries may also make the patient non-eligible for the surgery.

You won’t feel anything during the procedure as your eyes are numbed. After surgery, you may feel like there’s an object in your eyes, which is not painful but causes discomfort to some extent.

How long should I stay in Iran for a LASIK surgery?

You will be required to stay in the country for around 7 days to get your surgery done and be ready to fly back home.

How can I get my LASIK operation arranged in Iran?

As a medical tourism facilitator, we arrange all services our patients need to get the most out of their trip and treatment. Our services include, but are not limited to, visa, hotel, transfer, interpreter, surgery, doctor’s visits, and follow-ups.

If you are looking for more information and planning for an affordable medical trip, please do not hesitate to message us or fill out the online form.

Check out the complete list of questions about LASIK Eye Surgery 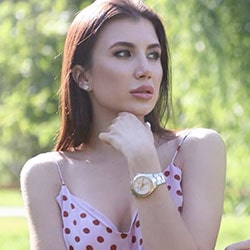 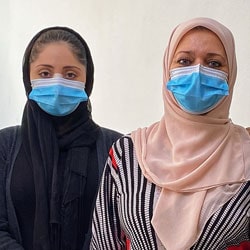 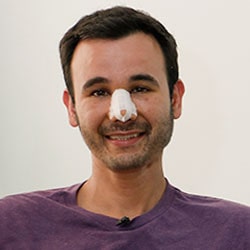 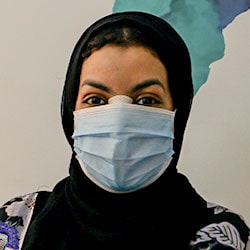 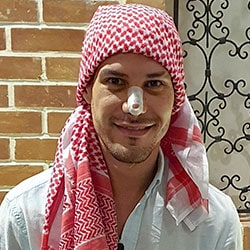