People decide to undergo rhinoplasty for different reasons. Some want to correct their deviated septum, which is making their breathing difficult, some just don’t like the small hump of the nasal bridge, and others might want a fundamental transformation.

If you have weighed up everything and made up your mind to go under the knife and get a nose job for whatever reason, chances are you’ve heard the terms ‘open rhinoplasty’ and ‘closed rhinoplasty’ while you were gathering information about the nose job procedure.

Closed rhinoplasty was the first method of nose surgery, which is still being widely used by many surgeons. In this procedure, small incisions are made inside the nostrils and the surgeon makes alterations to the nose through the nostrils without lifting back the skin. With the advancement of surgical techniques, however, open rhinoplasty is more widely used nowadays. 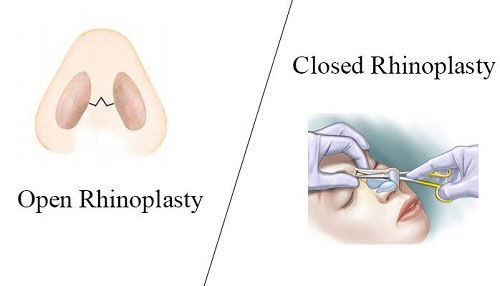 The main difference is that while open rhinoplasty is a type of nose surgery for fixing the functional or aesthetic problems of the nose performed by making an incision on the soft tissue between the nostrils (columella) and lifting back the nasal skin, closed rhinoplasty is performed for the same purpose but with all the incisions made inside the nostrils without the nasal skin being lifted back.

Pros and cons of closed vs open rhinoplasty

What are the pros of open rhinoplasty?

Open rhinoplasty has some advantages over the closed approach, which are as follows:

What are the cons of open rhinoplasty?

The main drawbacks of open rhinoplasty are as follows:

What are the pros of closed rhinoplasty?

What are the cons of closed rhinoplasty?

How are open and closed rhinoplasty performed?

Before starting the operation, the surgical team administer anesthetic medications, which can be local or general depending on the surgeon’s recommendation. After the patient is put to sleep or the surgical site is numbed, the surgeon begins the surgery.

Simply put, in open rhinoplasty the surgeon makes a small external incision (called trans-columellar incision) outside the nose at the base of the columella (the soft bridge separating the nostrils). The surgeon then gently raises the skin of the nose, allowing easy access to the bony structure and cartilage of the nose for the operation.

After making the necessary changes to the nasal structure the surgeon closes the incision with sutures. Splints and gauze bandage will be applied in most cases, which should remain in place for a few days. 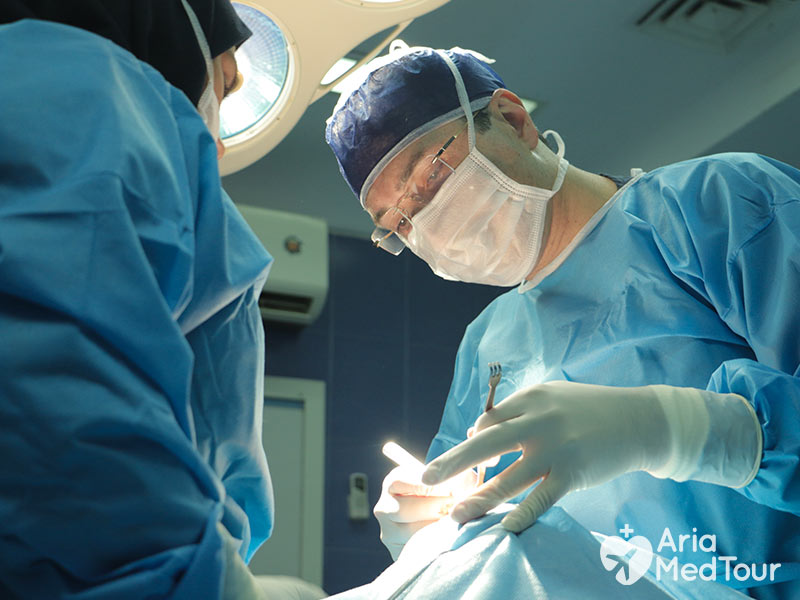 All the steps in performing closed rhinoplasty are the same as those in open rhinoplasty except that the incision is made inside the nose and the sutures used for closing the incision are absorbable (dissolvable), that is they will gradually dissolve on their own and won’t require removal. Also, the procedure takes a shorter time compared to open rhinoplasty.

Note: If the patient seeks smaller nasal wings or an asymmetry correction, a closed technique might be coupled with a separate incision around the nasal wings.

Open vs closed rhinoplasty in a nutshell

Should I have open or closed rhinoplasty?

As said above, open and closed rhinoplasty have their own advantages and disadvantages. With that in mind, depending on each individual’s circumstances and desired results, one of the methods is more suitable than the other.

Moreover, the skill of the surgeon in each of the techniques is a defining factor in going for one of them. During the pre-op consultation with your surgeon, all issues will be discussed and the best method for surgery will be decided.

On the other hand, those who want a small change to the nose, especially to the nasal bridge rather than the tip, and at the same time want to recover quickly with the least possible downtime, are good candidates for closed rhinoplasty, in particular, those that have quite straightforward nasal anatomy.

It should be noted that many rhinoplasty experts believe that open rhinoplasty is the most suitable choice for difficult nasal anatomy of any type.

Feel free to contact AriaMedTour for a free consultation about whether you should have open or closed rhinoplasty. Our consultants are preperad to help you make the right choice.

In terms of safety, one approach isn’t necessarily safer than the other. Both are proven to be safe, particularly if they are done by a well-trained and experienced surgeon.

Both open and closed rhinoplasty is usually performed under general anesthesia, so you won’t feel any pain during the operation. After the surgery, there would be some pain and discomfort in both methods which can be relieved by taking prescribed painkilling medications.

Is closed rhinoplasty cheaper than open?

It depends. Some surgeons charge higher fees for closed rhinoplasty because it is more delicate but others may charge a lower or equal fee.

Does close rhinoplasty leave a scar?

No, it doesn’t. There isn’t an external incision in closed rhinoplasty so there won’t be scarring.

Does open rhinoplasty leave a scar?

As an external incision is made to the columella, a small scar is left there. However, the scar is visible only when you tilt back your head so that your columella is exposed to view. Plus, the scar gradually fades away until it is hardly visible.