Flying after rhinoplasty: Is it safe?

Flying after rhinoplasty: Is it safe?

Traveling abroad or to a distant city in one’s own country for cosmetic surgery is increasingly common. People travel for different reasons, such as the lack of skilled surgeons or the high cost of cosmetic surgery services in their own city or country.

Rhinoplasty is one of the most popular cosmetic procedures people seek elsewhere, and as these people usually travel by air, they often wonder how soon they can fly after their nose job surgery. If you’re planning to have a nose surgery abroad or in a far-off city, keep reading to find out how long you would be prohibited from flying after rhinoplasty and why. 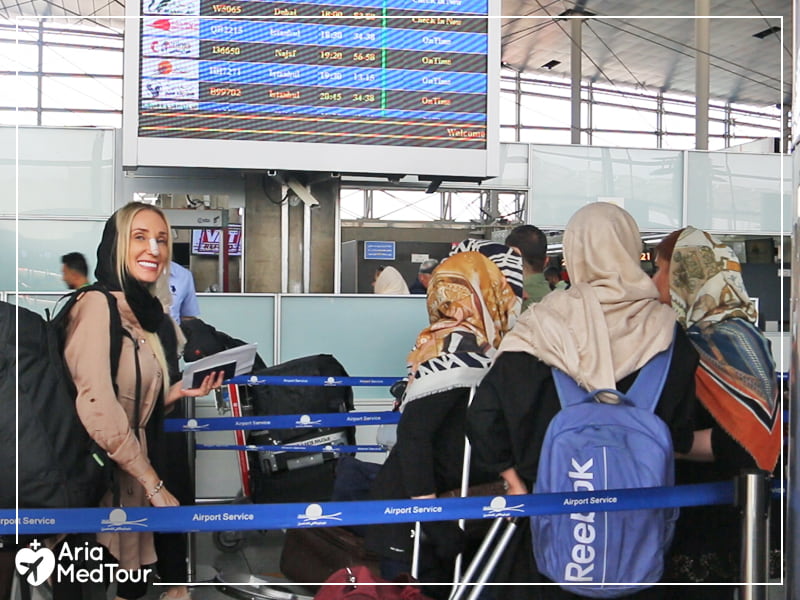 Alexandra, our patient from Australia flying back home after her rhinoplasty in Iran

When can I fly after my nose surgery?

Rhinoplasty patients are typically not fit to fly for at least 5 days after surgery. This is the minimum time you need to wait before boarding a plane; the more time you avoid flights the better.

If you’re away on a medical tourism trip for rhinoplasty, it is ideal to arrange a two-week stay in the destination and avoid air travel as a safety precaution.

However, most patients don’t have that much time and in most cases, out-of-town patients are allowed to fly after 5-7 days and after the removal of the nasal splint.

The time a nose surgery patient can travel by air also depends on his/her health and healing after surgery. The flight duration also matters. While a short flight is unlikely to cause serious problems after a week, extra caution should be taken if you have to take a long-haul flight back home.

What are the risks associated with flying after rhinoplasty?

Air travel after surgery poses potential risks. That’s why most airlines have special ‘fitness-to-fly’ regulations that either prohibit patients with certain medical conditions and those who just have had surgery or define specific requirements for them to be allowed to board a flight.

Note: As you need evidence to prove you don’t have problems to fly, make sure to ask your surgeon to sign a fit-to-fly certificate for you before heading to the airport to fly back home.

While risks of flying after surgery vary from surgery to surgery, immediately getting on an airplane after rhinoplasty causes its own specific problems for patients, which are as follows:

Airsickness is already a potential side effect of flying, which is caused by motions of the plane. Even if you haven’t so far experienced this problem in your life, you will be likely to have it if you hasten to fly back home after your nose job. The reason is that you are on strong pain medication after surgery, which, when combined with the motion of the plane, might make you feel nauseous and an urge to throw up.

During the first few days after nose surgery, your nose is too sensitive and there is a risk of slight nose bleeds. As dry air is the main cause of nose bleeds, this risk is further heightened by exposing your nose to the dry and recirculating air inside the plane cabin. You might be surprised to hear the humidity of the cabin is around 12 percent, which is lower than most deserts.

The dryness of the air in an airplane is because of the airplane cruises at high altitudes where moisture is very low or nonexistent. You just have air that is constantly recirculated and is highly dry, making a nosebleed, congestion, or nose irritation highly likely for rhinoplasty patients on board.

Besides, there are a lot of germs in recirculating air, which increases the risk of infection in people recovering from surgery.

Putting aside the above-mentioned potential side effects of flying after nose surgery, flying often involves carrying suitcases, rushing from one place to another at airports, fatigue, and the possible sleep disruptions. As your body needs plenty of rest to heal quickly after surgery and you should avoid strenuous activities for at least two weeks post-operatively, air travel shortly after rhinoplasty puts a lot of physical and mental pressure on you, which lengthens your recovery time.

Tips for having a safe flight after rhinoplasty

Once your surgeon deems it appropriate for you to travel by air after nose surgery, he gives you a fit-to-fly certificate, which states that you are physically healthy enough to be able to travel by air. That said, in order to have a safe and comfortable flight, there are tips and instructions you should follow during your flight after rhinoplasty: 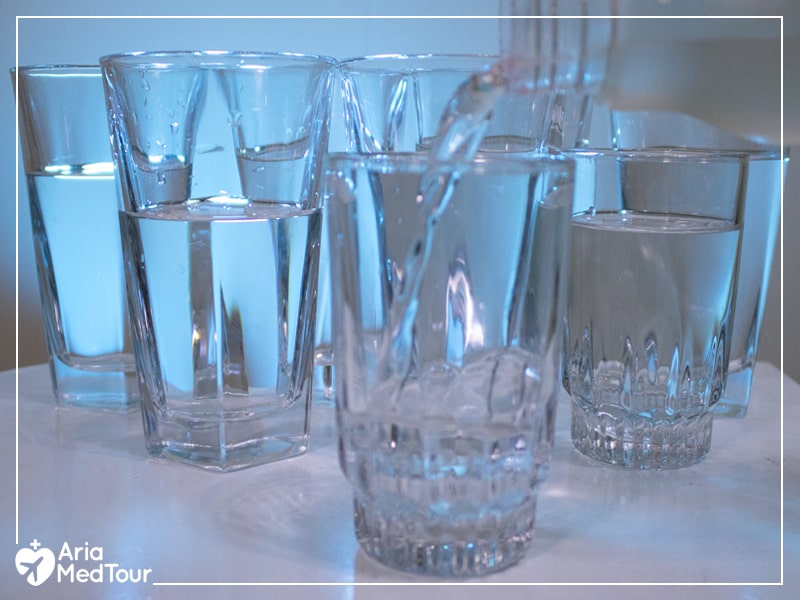 There is no significant difference between flying after primary nose surgery and a revision nose surgery, though some revision rhinoplasty patients may need slightly more time to recover enough to be able to fly safely. The most important thing is to discuss this with your surgeon before booking your flight ticket and receive the fit-to-fly certificate.

As said above, rhinoplasty patients can safely fly after at least 5-7 days from surgery, and even then by taking certain precautions. As one of the most prominent medical tourism agencies in Iran, AriaMedTour offers VIP services to rhinoplasty patients, which include but are not limited to airport drop-off and departure assistance, which means that you will board your flight without the hassle of carrying your luggage around at the airport.

Also, rhinoplasty patients visiting Iran through AriaMedTour are provided with hotels whose staff are trained to cater to the needs of guests who have undergone surgery.

After staying in such hotels for 5-7 days, rhinoplasty patients visit their surgeons to get their splints removed and get the approval of their surgeon to fly home.

If you need more information about rhinoplasty in Iran and flying after rhinoplasty, please do not hesitate to contact us.