The province of Gilan is surrounded by two lofty mountains, namely Alborz and Talesh. According to the latest national and provincial divisions of 1996, Gilan is comprised of several towns as follows: Astara, Astaneh Ashrafieh, Bandar Anzali, Rasht, Roodbar, Roodsar, Sowme’eh Sara, Fooman, Lahijan, Langerood, Talesh and Shaft. Rasht is the capital city and Gilaki is the local dialect widely spoken in Gilan province by many people whose ethnicity is also called Gilaki. 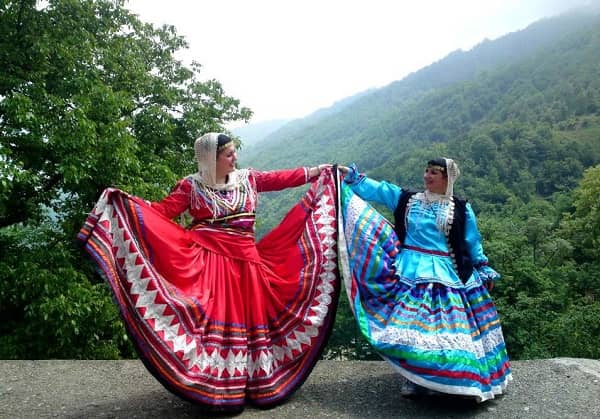 As already cited, Gilan is situated in a mountainous area whose erect and lofty mountains stretch from the east to the west. Talesh, Masooleh, Poshtkooh as well as the Alborz Mountain ranges are among the said mountainous regions which surround this much-loved and admired province. The plains and pastures of the region reach an altitude of 100 meters and provide for a magnificent and superb landscape.

The “moderate Caspian” climate of Gilan has made for an ideal tourist destination for Iranian and foreigners alike. The locals are hospitable and welcoming and offer the memorable experience which will be remembered for years to come. 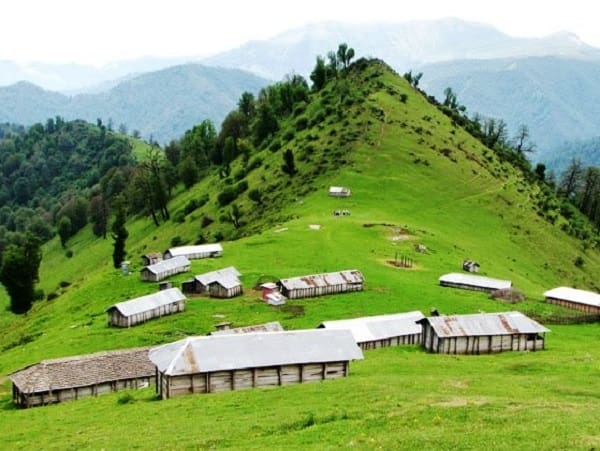 Visitors seeking a break from all the hustle and bustle of modern life find their haven in natural reserves such as Visadar Waterfall in Gilan Province. From among a number of waterfalls in Gilan, Visadar offers the unparalleled solitary experience of gazing at a mesmerizing view and wondering in its beauty. Many countries in the world have unique and preserved spots which remain unscathed from the touch of civilization; certain parts of Iran’s northern coast bordering to the Caspian Sea constitute one such territory which hosts a number of magnificent natural reserves such as Fandoqlu Forest, a vast forest, serene waterfalls like Visadar Waterfall, green pastures and hills, for instance, Satan’s Hill, to mention but a few. From among all these natural sites, Visadar is one which has preserved its natural beauty and virginity for many years. Ranked as the third highest waterfall in Gilan, Visadar can, without a doubt, be dubbed as the “fairest of all”, a unique gem indeed. 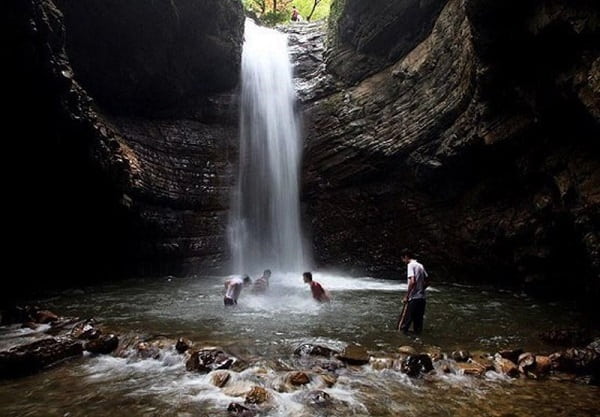 The proximate equivalent of the very name of this natural wonder would be “Shadow of the Willow Tree”, which seems appropriate as the waterfall and its geographical site convey a sort of unparalleled beauty and serenity unlikely to be encountered in any other spot throughout the province. A bridge overlooks the site of the waterfall which you can traverse to gaze upon the ferocious river underneath. Located in Talesh Forest in the Paresar region, Rezvan Shahr County, in the western half of Gilan, Visadar can be reached at a distance of almost 15 kilometers from the Paresar Town and approximately 90 kilometers from the city of Rasht.

Lahijan is one of the most renowned and visited cities of the province. Popularly regarded as “the bride of Gilan”, Lahijan is situated in the eastern part of the province and is surrounded by the Caspian Sea and Alborz Mountain. The gorgeous region has a lot to offer, among which Satan Hill stands out. “Sheytan Kooh”, as dubbed by the locals, is the name of a vast area of land in the east of Lahijan. It hosts a beautiful waterfall, an artificial lake and a sublime island which resembles an iceberg. Previously known as Shah Neshin Kouh (“King’s Abode Hill”), Satan Hill used to have a rather large pond formerly used to provide water for the nearby fields. Later on, certain changes were made to accommodate the pond for different usages, namely the establishment of an artificial lake with a waterfall pouring inside it in addition to an island on which a grand mansion stands.

If you climb the steps as they ascend a stairway up to the top of the mansion, you would be able to behold the hill from a very lofty point and appreciate its beauty and magnitude. At this height, those interested in the delicate art of photography could have the opportunity to capture the majestic beauty of this magnificent haven of tranquility. The green hills of Lahijan abundant in tea fields can provide the optimal views for devotes of nature to gaze upon the breathtaking landscape and record these memorable moments in the frames of their cameras.

Masouleh, a village on the rooftops, is a historical city. It enjoys a considerable degree of popularity with tourists who wish to encounter and experience the very essence and spirit of rural life ubiquitous in many regions of Gilan. According to the latest census report, 180 families (a total of 554 individuals) inhabit this rather small village; locals who are famous due to their unparalleled sense of hospitality and this is what attracts thousands of tourists to spend a few days away from the maddening pace of their hectic urban lives. Masouleh was founded in the 10th century AD and it has offered visitors a variety of traditions, manners, customs, handicrafts, and many natural and historical sites through centuries. Its historical names are Māsalar and Khortāb.

The architecture of the village is quite unique; buildings have been built into the mountain and are interconnected in a way that the roof of one house can be regarded as the courthouse of another. Furthermore, these bi-functional surfaces serve as pedestrian walking areas as a street may do. Worthwhile to note is that Masouleh does not permit the use or entrance of any motor vehicle into any of its residential areas.

The northern part of Iran in general and the province of Gilan in particular, have always been of paramount importance for both national and international anthropologists. Through centuries, delegations of researchers in various disciplines (anthropology, sociology, archeology etc.) have come to Gilan in search of new insights into the locals’ ways of life: their architecture, customs, traditions, superstitions, cuisine, and of course the region’s natural and historic monuments.

A host of culturally-significant villages, situated in Gilan, are exactly what gives the province its unique rustic sense of heritage and Gilan Rural Heritage Museum is a landmark dedicated to preserving various aspects of the peoples’ traditions. Established in 2002 and located inside the Jungle Park of Saravan near the City of Rasht, the museum (including the cottages, the actors, and all the accommodations which have been set up inside this museum) provides tourists with the unique experience of actually living out the rustic life of Gilan in all its elaborate richness and complexity. 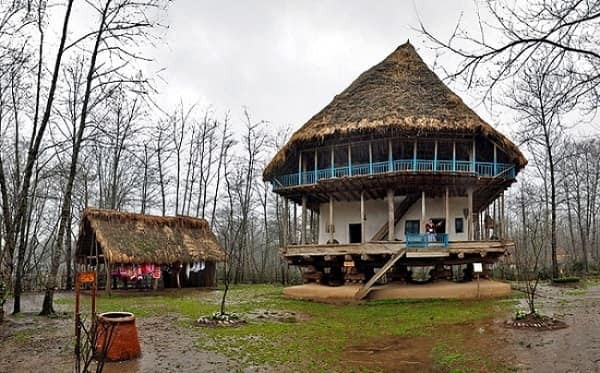 The museum occupies an area of about 45 hectares and hosts a number of houses, the origin of some of which dates back to 150 years ago. The host of houses inside the museum offers the chance to witness first-hand the genuine hand-crafted tools the villagers used to use many years ago. In addition to all this, some of the rural traditions of the region are enacted by actors in the museum in order to convey an accurate sense of life as it was actually lived in these regions during the past decades and centuries.