Is it safe to travel to Iran?

“Are you out of your mind?” That’s the question you probably hear when you tell someone you are planning to go to Iran. But, deep down you know it is not entirely true. Otherwise, you wouldn’t be reading this article right now.

Visiting Iran for touristic reasons alone is the subject of many eyebrows raising, let alone telling people you want to undergo a medical procedure (say, a nose job) in the country. Are you having doubts about traveling to Iran as a health tourist? Have you seen those bad things in the media and think Iran is one of the most dangerous places on earth? On the other hand, you’ve also seen numerous positive accounts about Iran on social media? Got confused? Well, let me make this point clear for you once and for all — in uppercase!

IRAN IS ONE OF THE SAFEST COUNTRIES TO TRAVEL TO

It is not only my words but the words of many travelers who visited Iran, the truth of which has been shown in the 2019 Travel Risk Map. Stay with us and read the following. You will see why Iran safety should be your least worry while traveling to the country. 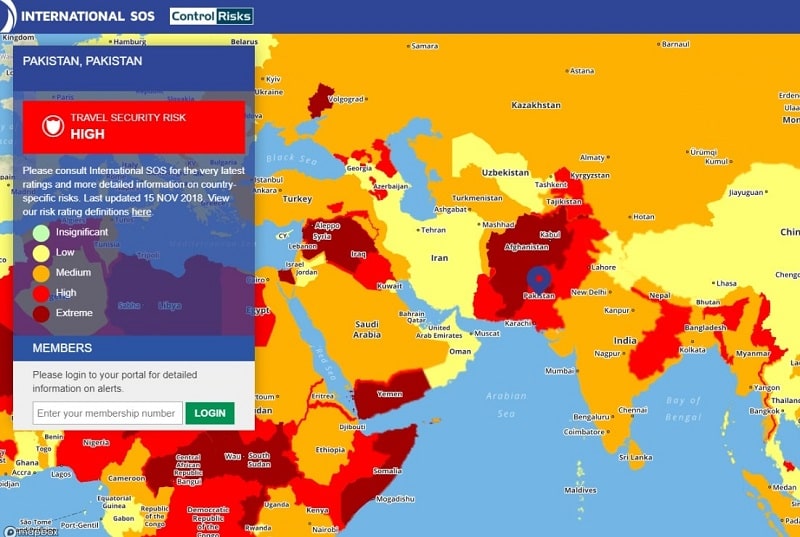 Travel Risk Map 2019 shows that Iran is one of the safest countries to travel to, as safe as the European countries.

HOW SAFE IS IRAN?

You might be surprised when you compare safety in Iran and other developed countries. For example, unlike some European and American countries, people in Iran are not allowed to carry a gun in the city. Iran is extremely safe to travel to or even live in. But don’t take our words for it. This is what Drew Binsky, a famous American blogger, said when he traveled to Iran in 2018: ” I feel safer in Iran than in my own country”.

HOW ARE IRAN AND IRANIANS?

There are tons of stereotypes revolving around Iran. To most foreigners, Iran is a strict Islamic nation where women are suppressed, other religions are frowned upon and Americans are hated. The reality, however, begs to differ.

Iranians are one of the friendliest nations that you will ever meet. Iranians live in peace. They are warm, hospitable, and they love tourists. Also, Iran has a unique culture and various traditions. There are breath-taking views and wonderful historical touristic sites all over the country. Also, who can say no to the mouth-watering Iranian foods? Or its fantastic handicrafts?

As mentioned above, Iranians are very hospitable. They might ask you to stay the night at their house. In most cases, they do not mean any harm. And, most of the time it is just Ta’arof*. But it is better to be careful about these cases.

*Ta’arof is a way of demonstrating respect in Iran. Iranians might offer you something. But they don’t really mean it. For example: if someone completely stranger tells you “stay the night with us” 90% of the time it is ta’arof. Also, when you are in a taxi and want to pay the fee but the taxi man refuses to accept, it is definitely ta’arof. You just have to insist on your word. Iranian usually do the ta’arof three times in a row. 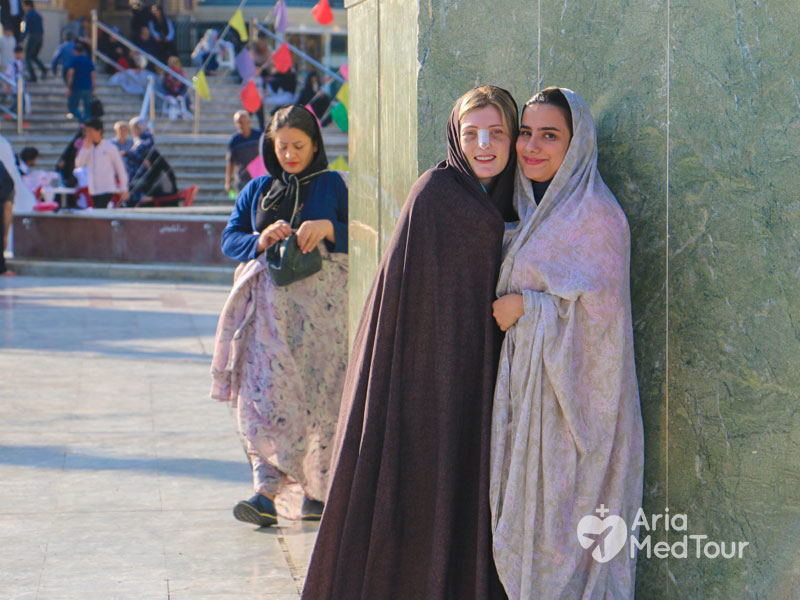 Will I be assaulted because of my gender, religion, skin color, etc.?

In Iran, the only type of attention you might get because of your skin color or ethnicity is curiosity that often leads to friendly greetings, asking about your opinion of Iran, and being helpful. You won’t have to worry about being mistreated because of your ethnicity especially if you are a Caucasian. If you’ve got blond hair and bright eye, make sure you don’t mind being the center of attention.

Despite what the media is trying to spread out, the Iranian people are not only compassionate but also quite welcoming and open-minded toward different religions and ethnicities. Back in the 1920s, the Iranian population welcomed some 50,000 Christian Armenians who were fleeing the Ottoman empire. Today, home to various religious and ethnic minority groups, Iran and its population are accustomed to diversity and embrace differences with an open heart.

Long story short, don’t worry about your safety when it comes to meeting Iranian people.

Just watch out for vehicles!

One of the things that you might need to be careful about is Iranians’ driving. Some Iranian drivers are a little careless. So, it is better to be extra cautious when you’re crossing the streets or driving in Iran.

Watch out for motorcyclists who are in sidewalks! They sometimes come to the sidewalks to escape the heavy traffic.

Are there petty crimes in Iran?

The crime rate in Iran is half of that in counties like Malaysia. While it is almost impossible to face assault or armed robbery, phone snatching or pickpockets in crowded public transports are somehow common in Iran. But, where in the world are they not? As long as you keep your cash, phone, laptop, etc. in a safe place, and avoid deserted and unlit places, you won’t have to worry about petty theft. Yet, it is a good idea to keep an eye on this aspect of Iran.

Your main concern should be looking after your cash. In Iran, VISA or Master cards are about as useful as a library card. So unless you have an Iranian debit card, you have to carry your money in cash. The safest way to do that is by carrying small amounts of money every time you go out, leaving the rest in a safe box in your hotel room. This wouldn’t be too difficult considering the Iranian Rial has declined tremendously against foreign currencies. So much so that 10 USD equals 1,000,000 Rials and can buy you a big bag of pistachio plus a large pizza and Coca-Cola. If you happen to take a trip to the suburbs, you may need to carry more money. In that case, a good trick is to spread out your cash and stash some in your shoe, some in your belt and some in your wallet.

Should I worry about terrorist attack in Iran?

Although Iran is located in the heart of the Middle East and is surrounded by countries hit by wars and terrorism, the country is perfectly safe. Every day, there is news on the western media about how unsafe Iran is. But, what you see and hear in the media is actually far from the truth. Bomb explosions, terrorist attacks, mass shootings, and the like are rare in Iran. In fact, in the last decade, there has been only one terrorist attack in Iran; while in the US, there have been more than 250 terrorist attacks in the same period of time. In other words, you are more likely to be hit by a terrorist attack in the USA than in Iran.

TRAVELING TO IRAN AS A SOLO FEMALE

If you are a solo female traveler on your way to Iran, don’t worry. It is totally fine for you to travel on your own to this country.

The only important thing you should keep an eye on is what you wear on the streets. Although Iranian women have a great sense of style and do their best to dress well, there are some restrictions on what you can and cannot wear. You can read more on that in our blog post about the dress code in Iran.

TRAVELING TO IRAN AS A HEALTH TOURIST

Although more and more people are checking Iran off their travel bucket list, not all tourists are drawn by the country’s culture and history alone. Large numbers of people are choosing Iran for its world-class yet affordable medical care. If you are one of those people or are considering to be, it is totally acceptable to be worried about the safety of the country you want to undergo a procedure in.

Iran is not only safe for you to wonder about but also extremely safe go under the knife (of the surgeon) in. Iran is one of the best and cheapest destinations for medical tourism in the world. It is not exaggerating to say Iran has the best plastic surgeons as well. Are you considering health tourism in Iran? leave a message and have a free consultation with one of our specialists.

The whole journey can be safer and smoother than you would think. You only need to plan everything in advance. A well-planned trip ensures you will receive quality care, safe procedure, plus a memorable journey in a lovely country.

Needless to say, the journey isn’t going to be a hassle-free one. There are certain steps to take:

If you consider yourself a travel savvy, you can go ahead and plan things for yourself.  But this is a medical procedure we are talking about. What if you are unsure? What if things go wrong?

You can farewell the “what if”s with AriaMedTour. Our mission is to streamline the process for you. Our team of healthcare specialists will take all the aforementioned steps and more. You can enjoy your own private transfer in the city, have a 24/7 interpreter, and have your own on-call healthcare assistant. 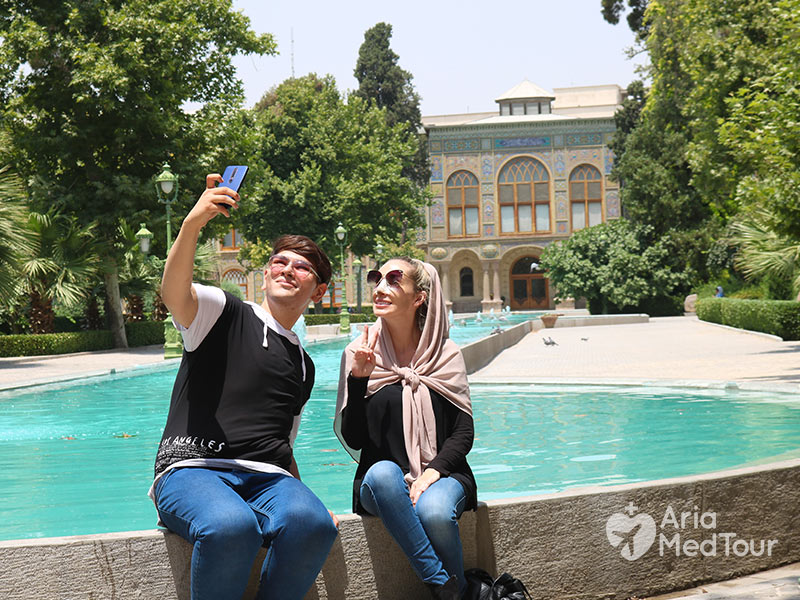 Our guest from Australia who traveled to Iran all by herself!

SOME SAFETY TIPS WHEN TRAVELING TO IRAN

Surely, Iran will be one of the best places that you have ever visited. Each year, many tourists from all over the world travel to this beautiful country and return with a memorable experience. Thanks to social media, you can find real proofs of Iran’s travel safety. You can also check some of the travelers’ personal blogs. As for the health tourists who have visited Iran for their treatment you can check out this nose job journey video. All these sources shared their experiences in Iran in detail.

Moreover, Iran is one of the cheapest countries to travel to. You have the great opportunity to visit its magnificent beauties and stay in the best hotels at rock-bottom prices! So, what are you waiting for? Pack your bag and discover Iran for yourself.