Shiraz; the Beauty of Persian Culture and History

When you start planning to visit Iran, there is a number of places that you should include in your itinerary. Shiraz is one of the destinations that you will definitely want to visit when travelling to Iran. With Persepolis, Pasargadae, Hafez Tomb, Saadi Tomb and so many other historical and cultural attractions, we can call Shiraz the beauty of Persian culture and history. This city is well-known not only for its historic houses, gardens and mosques, but also for the famous poets (Hafez and Saadi) who were born and raised in the city.

In this article, we are going to introduce the wonderful Shiraz in brief and give you all you need for your travel to Shiraz. If you’re reading this, you are probably one step to fall in love with this fascinating city.

Shiraz locates in the southwest of Iran at the foot of Zagros mountain. It stays at the altitude of 1,500 meters above sea level. The city is surrounded by Derak mount in west, Bamoo and Baba Koohi mounts in the north.

According to the statistics (by 2016 census), the population of Shiraz is about 1,560,000. While the population of the larger metropolitan area is estimated to be in the neighborhood of 2 million, making Shiraz the fifth most populous city in Iran.

Considering the geographical location and the altitude of the city, Shiraz sees four distinct seasons during the year. However; spring would be the best time to travel to Shiraz. The city is famous for its orange trees. So, if you are in the city during May, you will enjoy the smell of oranges’ blossom which spread all over the city. The summer is short but hot, reaching to the average high temperature of 39 °C in July. The weather is cold during the other six months in fall and winter, with the average low temperatures of -15 °C during December and January. 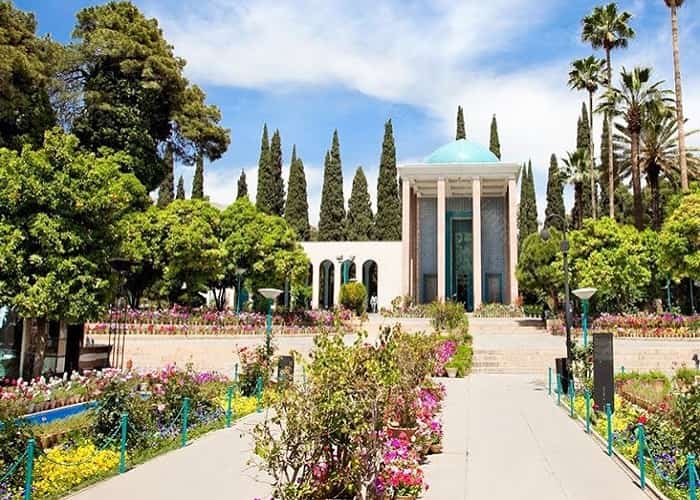 Spring in Shiraz (Tomb of Saadi)

Shiraz history dates back to approximately 4,000 years ago. The name of Shiraz is mentioned in cuneiform inscriptions remained from 2000 BC.

According to the evidence, in the pre-Islamic era, at the time of Achaemenid dynasty, the city was one of the most important cities, located in the middle of the route between Susa, Persepolis, and Pasargadae.

Shiraz became very popular in the Zand dynasty when Karim Khan Zand reconstructed the city and built a royal castle, administrative buildings, a mosque and a bazaar. The bazaar is, now, one of the beautifully covered bazaars at the heart of the city. 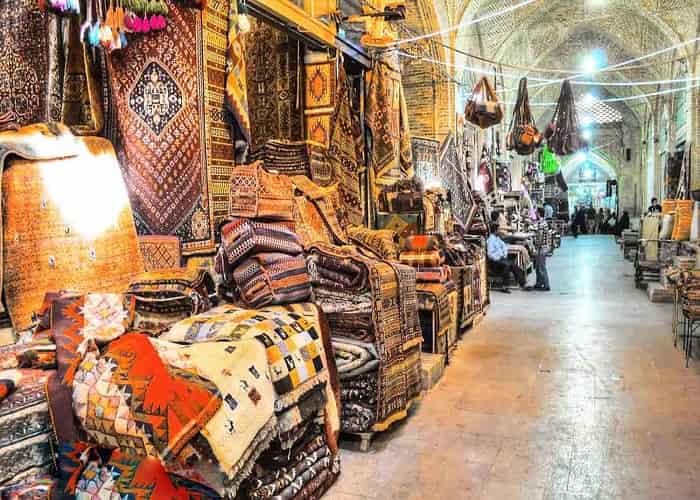 A View of Vakil Bazaar at the Heart of Shiraz City

Best Places to Visit in Shiraz

Numerous historical and cultural tourist attractions are located in and around Shiraz. These include Tomb of Saadi or Saadieh, Tomb of Hafez or Hafezieh, Vakil complex including a mosque, a bazaar and a bath, Qavam Historical House, Eram Garden, Shapouri Garden, Bagh-e Jahan Nama, Pars Museum (Nazar Garden), Nasir-ol-Molk Mosque, Atiq Jame Mosque and Shah-e Cheraq Holy Shrine to name a few. 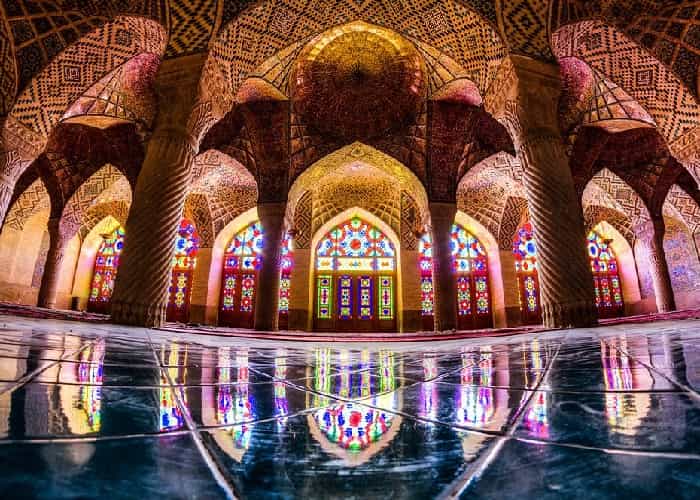 How about a Colorful Day in Nasir-ol-molk Mosque in Shiraz?

The Pasargadae landscape, the first capital city in the ancient Persia, situates in the northeast of the city at a distance of 140 Km. On the way to get to this exceptional monument, the magnificent Persepolis (the capital of the Achaemenid empire), Naqsh-e-Rostam (remained from both the Achaemenid and Sassanid periods) and Naqsh-e-Rajab (dated back to the early Sassanid era) are awaiting you. Pasargadae is always among the tourists’ top picks when they travel to Shiraz. Manuel Bandeira, famous Brazilian poet, has written a poem “vou-me embora pra Pasárgada” (I’m going away to Pasargadae). The poem is inspired by the history of Pasargadae. This pictures how this monument grabs everyone’s attention. 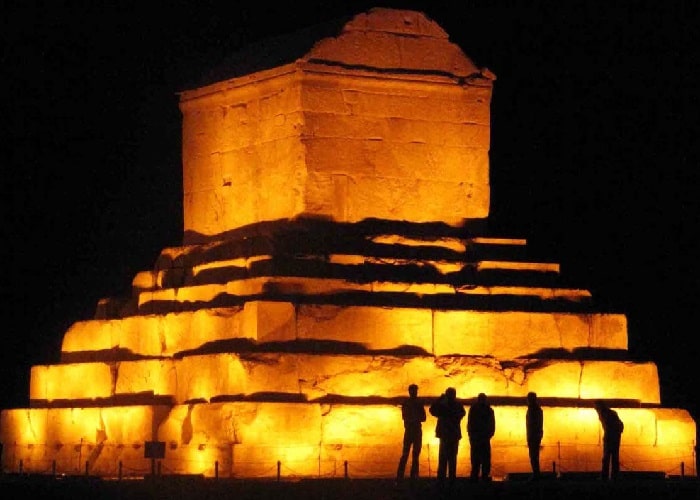 A View of Pasargadae at Night!

Dress code of Iran is one of the main concerns of travelers. While all tourists are subject to these customs, there are not as severe as they seem. Moreover; Shiraz is one of the most liberal cities of Iran where people are not so much conservative in dressing. For a detailed account on this subject, please check our article about what tourists should wear in Iran (Iran dress code for foreign travelers).

In fact, nowhere in the whole country you’ll be forced to wear a complete hijab or chador. Only in mosques and holy shrines, such as Shah-e Cheraq Holy Shrine, women are supposed to wear “Chador”. Men are also expected to wear long-sleeved shirts while visiting the place. 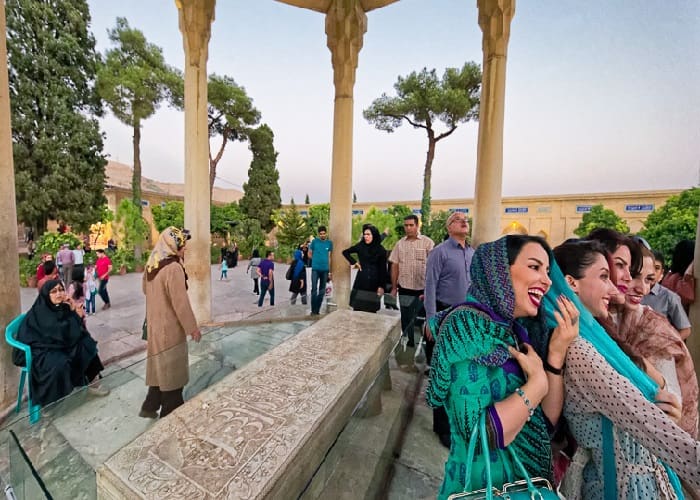 Currency and Exchange in Shiraz

The official currency in Iran is Rial, but the common usage of currency is Toman. International credit cards like Visa and MasterCard do not work in Iran. So, you’ll need to bring enough amount of cash with you or exchange money to cover your costs when travelling to Iran.

The city subway system with 6 lines is the second largest subway system in Iran. However, by 2018 only the first line is operational and active which extends from south-east to north-west of the city.

Taking a taxi in Shiraz is very easy, and there are taxi terminals in different corners of the city. They provide 24-hour service to the passengers.

There are also two intercity coach terminals which offer scheduled transportation services to other cities. They are Karandish Bus Terminal and Ali ibn Hamze Bus Terminal.

If you like to travel to Shiraz by train, it is also possible. The city is connected to some of the major cities of Iran, including Tehran and Isfahan, by the national railways.

There is also the 133 Taxi Company, which you can call where ever you are in the city and ask them to pick you up. Snapp and Tap30, two online taxi applications like Uber, are also available in the city. 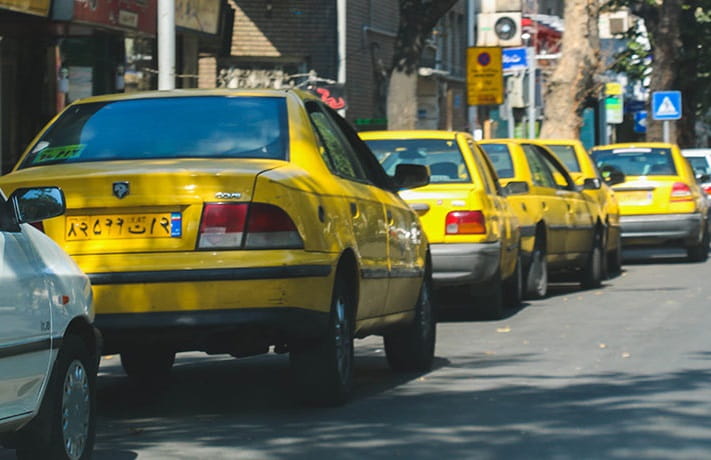 Shiraz Taxi; Everywhere in the City

In our last-but-not-the-least stop in this article, we’re going to give you a delicious taste of Shiraz. You’d rarely travel to a country and leave without tasting local foods. This city is one of the destinations in Iran with different kinds of exceptional local foods. These include: 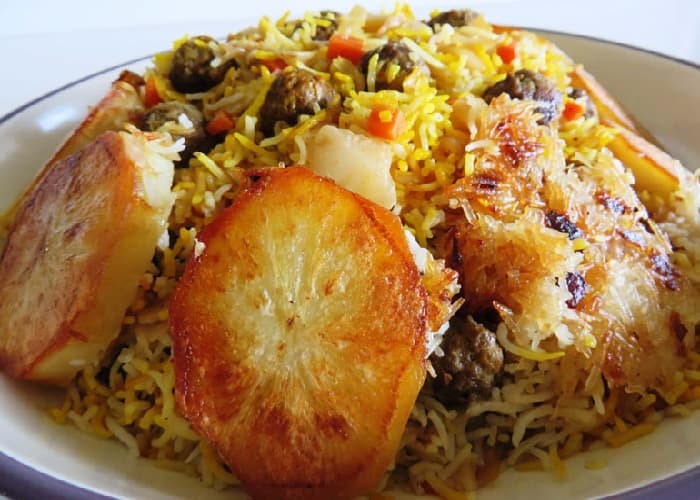 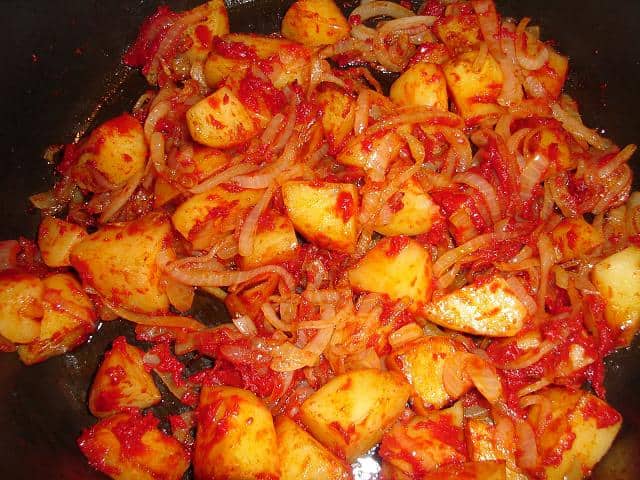 Do Piaze Aloo: A Local Food in Shiraz Suitable for Vegetarians. 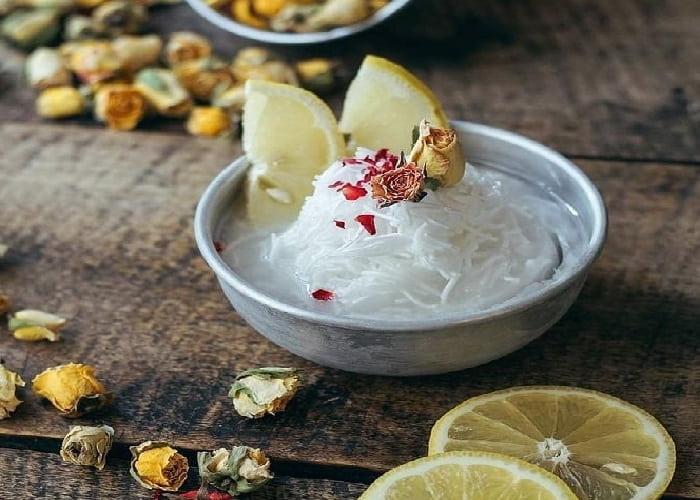