Kish is one of the unique coastal areas in south of Iran. Located in the Persian Gulf, Kish Island is characterized with its own climatic and geographic features. The coral reefs on the island adds its elegance. The relative humidity always enfolds the island. Numerous tourists come to Kish annually from different parts of the world. The Beach park, Birds Park, and |Deer Park are the inhabitancy of many rare animals. The natural wildlife on the island is very splendid.

Kish Island is remembered as the locale of natural treasure. There are Ocean Water Park, Kish Hidden Pearl, Dolphin Park, Crocodile Park, and Kish Aquarium that all increase the glory of the island both for the native people and the foreigners. There is an ancient city which its antiquity goes to the remote past, approximately 2500 years. The Underground Town of Cariz and the Ancient Town of Harrireh are well-known for their archaism. Also, there are a variety of water sports on the coastline of Kish. Snorkeling, parasailing, fishing, scuba-diving, jet-skiing, and water-skiing are among the most popular water sports.

Kish island is an adventurous place to explore. The warm sunny beach, the silver sand, and the smell of salt create distinctive view of the island. There is a luxurious museum in the underwater world. In 2010, the New York Times announced that Kish Island earned the 10th rank among the most beautiful places in the world. It is one of the most beautiful resorts in the Middle East. The island is the same as natural aquarium because of the limpid and crystalline water.

Medical treatment on Kish Island has been developed a lot in recent years. The professional medical teams are working very hard to satisfy the needs of the patients. To increase the convenience of the patients, the physicians and staffs also represent electronic services.  The online services bring forward app clinics, downloadable response lab, clinic queue, and international patient department. 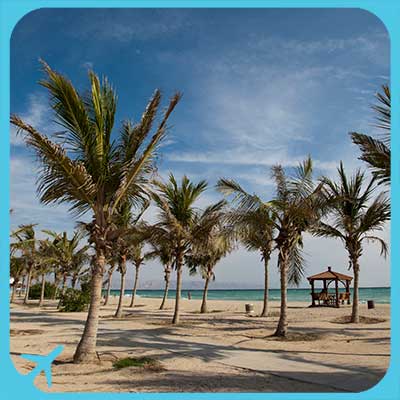