Qeshm Island, a piece of jewel on the Persian Gulf

Home » Blog » Tourism » Qeshm Island, a piece of jewel on the Persian Gulf

Located in the Strait of Hormuz, Qeshm Island is an island in the south of Iran with an area of circa 1500 square kilometers. As a free trade zone, tourists can rest assured that they can enter and stay in the island for up to 14 days without the need to acquire any sort of visa. The world’s biggest dependent territory, the island is comprised of more than sixty small villages and three towns in which more than 100,000 people dwell. All thanks to its strategic history, this dolphin-shaped island has always enjoyed a unique position throughout history.

Qeshm Island has a lot to offer: Citing the superabundance of natural reserves in addition to its cultural sites would be to say little of this magnificent island’s diverse attractions. What follows is a brief description of only a limited number of tourist attractions awaiting travelers in this gem of the Persian Gulf.

“Hara” is the common name by which the locals of the island call the mangrove forests. This biosphere reserve of almost 8000 hectares is dominated by Hara trees which are submerged in high tide, thus disappearing at such times and reappearing at low tide, giving this part of the island an elegant and glittering view. The forest is home to several species of animals including turtles, shrimps, snakes, crabs, pelicans etc. 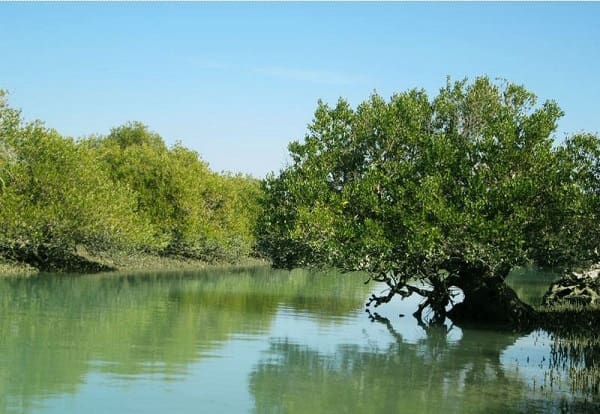 Want to see dolphins up close in the early morning? Come to Hengam Island and mount one of the tourist boats which take you to the middle of the waters for a real close encounter with beautiful dolphins and if that isn’t enough, you also have a diverse variety of wildlife at your fingertips while cruising through Hengam. Tropical fish and stingrays are only a few of other aquatic creatures that will surely catch your eye. The island is also breeding ground for a specific type of Gazelle which is said to obtain fresh water by pressing its hooves hard into the ground. 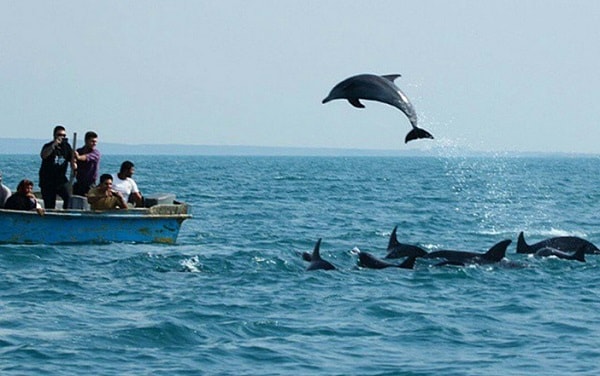 As a geological phenomenon, Valley of Stars is located in southernmost part of the island, where the southern edge of Qeshm Island in the Persian Gulf is only five kilometers away. According to the locals, the vast valley owes its name to what happened centuries ago: a star landed, or rather crashed, into this part of the island, thus creating the rocky shapes which give the area a rather peculiar appearance; but all that is probably just a myth! Erosion of soil through various modes of precipitation (rain, snow etc.) is the actual reason behind the valley’s current shape. As the ancient legend has it, the valley is haunted by roaming ghosts, wandering its canyon-like paths and in between its multitude of pillars. 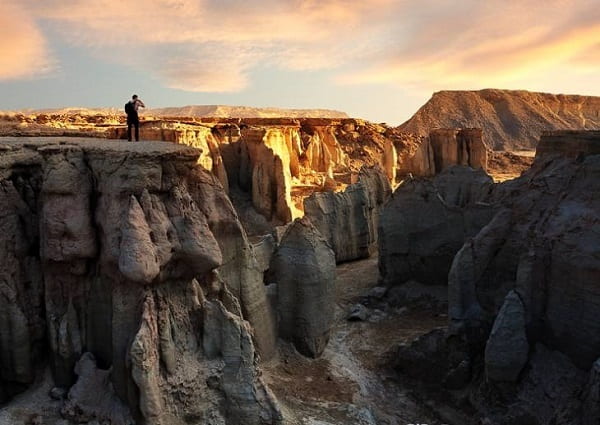 Stars Valley (Valley of Stars) is a

A mountain in the shape of a dome, reminiscent of classical Persian architecture (It is a known fact that domes are one of the ever-present characteristics of Iranian religious architecture), is awaiting curious visitors when they tread inside this cave. With its 237-meter height above sea level, Namakdan Cave is a series of salt caves which rank highly among the island’s natural reserves. It is also the proud bearer of the title of “the longest salt cave in the world”, 6,850 meters of mesmerizingsalty path which would interest even the not-so-enthusiastic visitors to take a tour and see this accurately-called “wonder” of the Qeshm Island. If you follow the long corridors, they would eventually lead to the breathtaking dome (the highly-elevated part of the island) which is ornamented with salty icicles in the shape of chandeliers, a view to gaze upon for not a short while. Don’t forget to see the reflection of your own image in the running stream of salty water flowing on the ground at the entrance of the cave; it would be a loss not to! 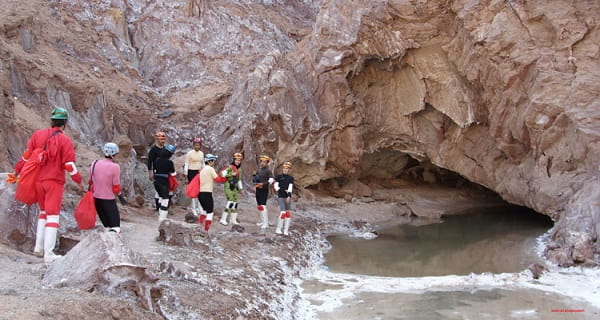 As one of the prominent tourist attractions of Qeshm Island, Naz Islands is the place where you would have the opportunity to walk on foot or ride in a car for approximately one kilometer into the Persian Gulf. Located on the southern coast of Qeshm and at the distance of almost 22 kilometers from the island, Naz Island is an area of roughly three hectares and devoid of a sandy beach; in fact, the whole (Naz) islands are surrounded by pieces of enormous rocks which, in some cases, reach the height of five to ten meters. During the ebb of the sea waves, the beach is a perfect hangout for cars to engage in various races. The interesting geological aspect of Naz Islands which tends to offer visual satisfaction to onlookers is that when the tide ebbs or when the water flows, the island will temporarily be connected to the main island of Qeshm. 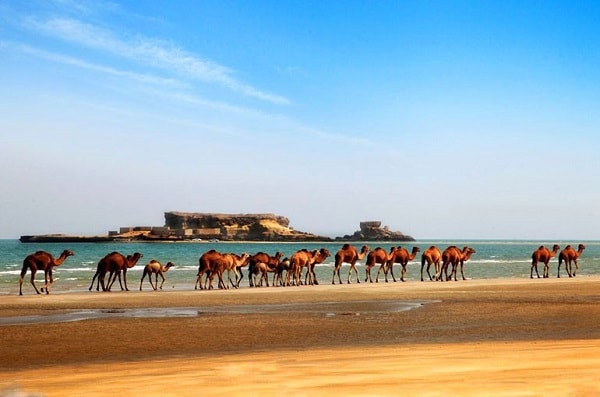 Naz Islands as seen from the main island of Qeshm

The era of Qajar dynasty and in particular the period of the reign of Fath-Ali Shah is the time when, as popularly regarded, a host of Englishmen inhabited the very site of this cemetery which is situated 135 kilometers away from Qeshm in the Basaedo Port. If inspected closely, the tombs of a number of British government officials and military officers can be recognized from among the tombstones in the cemetery. The grounds that nowadays are host to the cemetery once were the site of a small castle with a watchtower in which the said officials used to live. During your explorations, be sure to investigate the memorial column easily visible in the middle of the cemetery; although the epigraphs on the tower are broken and hardly readable, it still represents a worthy attraction to curious travelers. 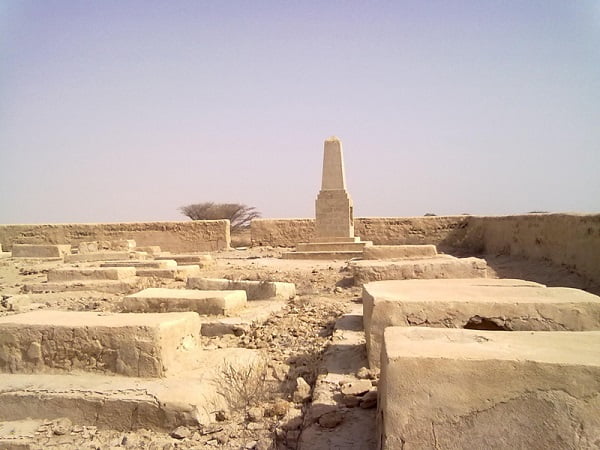