Mazandaran, a heaven on earth

Located in the uttermost north of Iran and at the southern coast of the Caspian Sea, Mazandaran manifests a sort of heaven on earth for devotees of nature and culture alike. The landmark mountain, Damavand, which is considered the highest peak in Iran and the highest volcanic mountain in Asia is also located in this province. Mazandaran owes its prominent strategic status to its geographical position as well as its natural beauty: The whole province is neighbor to four countries to the north of Iran, namely Turkmenistan, Kazakhstan, Russia and the Republic of Azerbaijan. Due to its ancient history in the region (nearly six thousand years of documented history), Mazandaran is regarded as one of the most renowned archeological sites in Iran; during previous decades, many excavations have been carried out in various parts of its cities and villages. 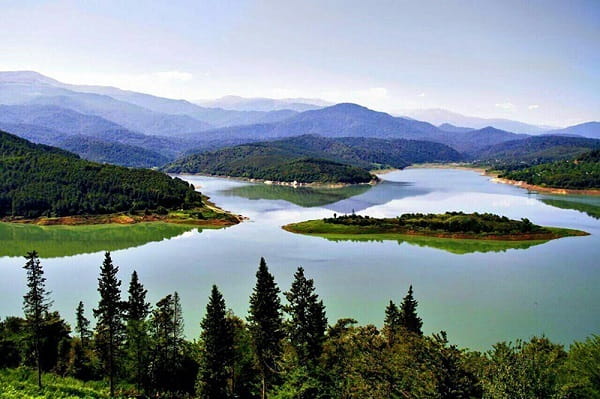 With regard to tourist attractions, the west of the province, due to the importance and allure of the sea and its central part because of its dense vegetation, are of the utmost importance to visitors. The following pieces are an effort, though insufficient and partial in terms of scope, to give interested prospective visitors a peek of what it would be like to journey through this gorgeous haven and experience a token of its peoples’ lifestyle.

Indeed a lake, and in fact the largest lake in the world, the so-called Caspian Sea covers an area of 438,000 square kilometers. The territorial ownership of the sea and its natural resources belongs to the four countries of Azerbaijan, Russia, Kazakhstan, Turkmenistan, and Iran. Iran has jurisdiction over the southern coast of this gigantic lake. Historically the lake was entitled “Heerkani” and foreign texts and maps dubbed it “Caspian”, hence its current popular name. With its sandy beaches and the gulfs of Qarah Boqaz and Gorgan to its northeast and southeast respectively, The Caspian Sea for years has attracted visitors and natives to its hospitable beaches to either bask in the sunshine or to swim in its waters. 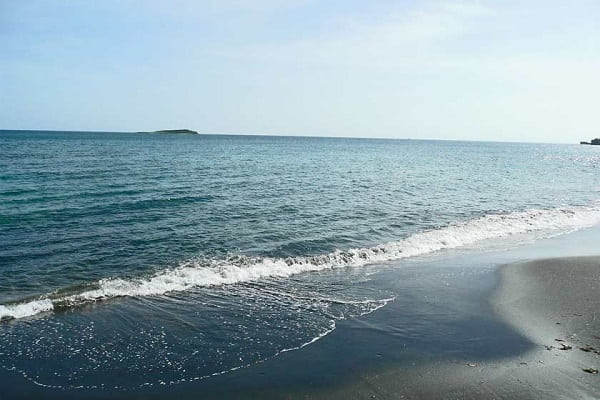 Sari, the capital city of Mazandaran

The capital of Mazandaran is its biggest and most populated urban area. Located between the slopes of Alborz Mountains and the southern coast of the Caspian Sea, the city has a historical record which nearly dates back to 7th millennium BC. Some of the kings of Safavid dynasty particularly favored Sari, and Shah Abbas I (1571-1629), in particular, had opted Farahabad (just outside Sari) to be his alternate capital.

The main buildings of this historic complex were built during the reign of Shah Abbas Safavi, one of the most powerful rulers of the Safavid dynasty. As a matter of fact, the buildings are what have remained of the historic city of Farah Abad, located on the road that bridges Sari to Farah Abad. While many of the buildings which used to belong to this very complex were utterly destroyed during recurrent attacks of Russia on Iran, the remnants of this majestic complex are still there for visitors to enjoy: Jameh Mosque, a school, a part of Shah Abbasi Bridge, a wall of a palace, and a bath. It is noteworthy that Farah Abad complex was able to make its way into the list of Iran’s national monuments nearly four decades ago. 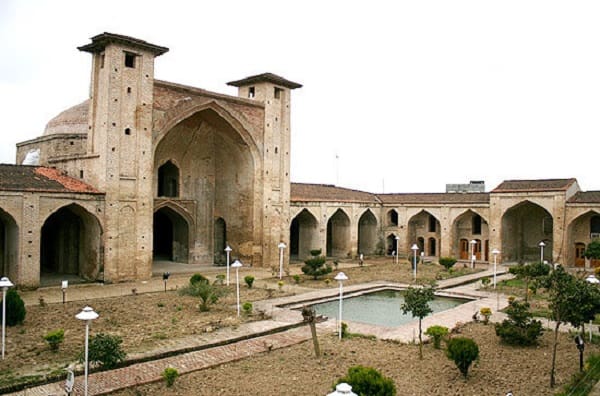 Occupying an area of 45 hectares, Lotus Park is one of the most interesting and stunning tourist attractions in Mazandaran Province. The park harbors three natural ponds with an abundance of lotus flowers whose beauty catches the eye of every visitor. The best time to visit the park and enjoy the majestic quality of its pink and purple flowers is during summer. Here is a spot where one can rejoice in the serenity of the natural scene and make a memory that would be remembered for years to come. 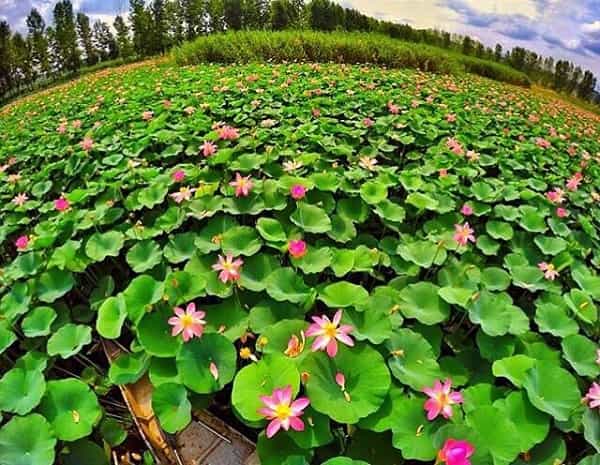 The pyramid-shaped dome of this complex which is comprised of three burial chambers, namely imamzadehs (the son of a holy figure in the past) Abbas, Mohammad and Hassan, attracts attention and arouses admiration. Historic Islamic architecture has always been associated with such elements as domes and minarets and Imamzadeh Abbas is no exception. With a height of 23 meters, this sacred site for Muslims has an external and an internal part, both ornamented with chalk and brickwork and bearing some religious inscriptions. 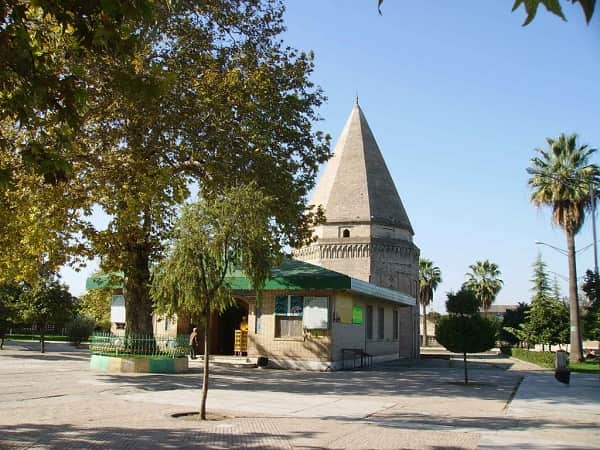 Aside from the capital city, lots of other major cities and villages in Mazandaran are of tourism value and prominence. The beautiful city of Ramsar lies on the coast of the Caspian Sea. To demonstrate the beauty and grandeur of this city, it would suffice only to say that this westernmost town of Mazandaran has a reputation as “the bride of Iranian cities”. 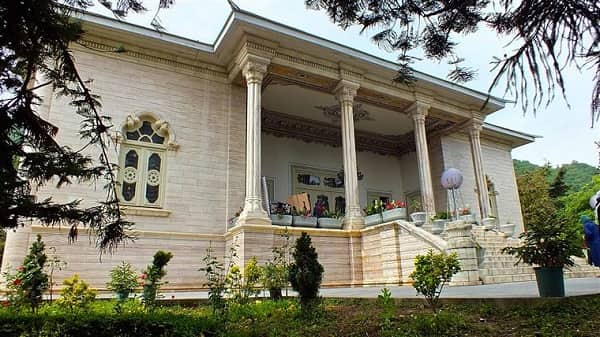 During the rule of the Pahlavi kings over Iran, The royal Ramsar Palace was, at certain periods of the year, inhabited by the royal family. After the Islamic revolution in 1979, the palace was turned into a public museum. The six-thousand-meters garden situated in the middle of the complex is home to a number of citrus trees and some rare decorative plants. Pieces of white vein marble were used to construct the building of the palace and two marble statues in the form of two tigers guard the stairways at the back of the palace. The palace complex was designated a historical monument at 1378 (1999).

Some sources date the origin of this castle to the pre-Islamic eras when during the third, sixth and eight Hijri centuries it actually served a military function. The interesting feature of the castle is that in order to climb all the way up to the top, you would have to ascend a stairway of 340 steps and once reached, looking out from the loftiest levels of the castle, you will be able to see as far to the north as the Caspian Sea, Tonekabon to your east, the city of Ramsar to your west and the lofty Alborz Mountains to the south. The name of the castle has to do with the very mountain it stands upon and the best time to visit the castle and its surroundings is during spring. 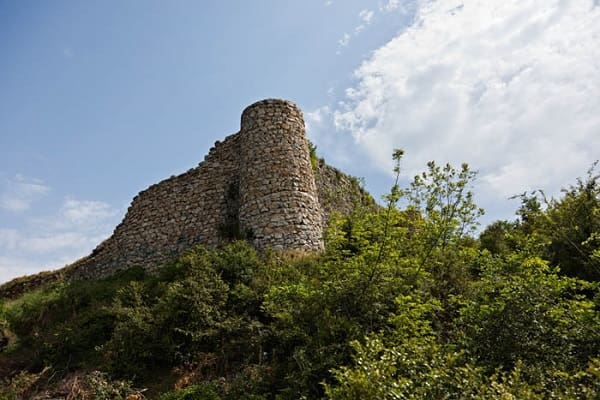 Dense forests and cool coastlines of the three provinces are unique in the Middle East. The geographical diversity of the region (mountains, forests, plains and beaches) along with its lovely weather has made it the most popular local destination for Iranians, especially during the Noruz holidays and the summer. This also has attracted many foreign travelers over the past years including tourists from Persian Gulf states.