Baku is the biggest and most populous city of Azerbaijan, and also the biggest city in the Caucasus region. The city proper houses more than 2.2 million people, while the population of the entire metropolitan area is over 4 million.

Home to the most important cultural centers of the Land of Fire (Azerbaijan), the port city of Baku attracts hundreds of thousands, if not millions, of tourists every year.

Baku is the hub of tourism in the Caucasus.

If you are into visiting historical places, Baku’s Old City is for you. The Old City is the most ancient part of the city, surrounded by walls that were constructed to protect the historical texture. This ancient part of the city which houses the Palace of the Shirvanshahs and Maiden Tower, among other monuments, is the first location in Azerbaijan that was classified as a World Heritage Site by the UNESCO in 2000. Maze-like cobbled streets, cafés, artist’s workshops and museums are also present inside the Old City. 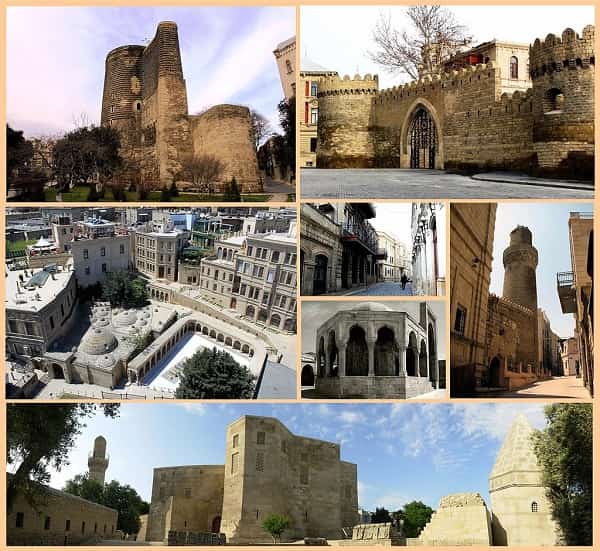 The Old City is the most historical part of Baku with many tourist attractions.

As the transportation hub of the Caucasus region, Baku boasts a well-developed transportation system that serves tourists flocking to the city from around the world. Heydar Aliyev International Airport is the busiest airport in the region that is located 20 kilometers northeast of the city, being connected to the city center by a modern highway which was opened in 2008. The capital city of Azerbaijan is also connected to Georgia and Turkey via the international Baku–Tbilisi–Kars railway.

As for the public transportation within the city  Baku itself, it has a 4-line metro that serves to connect different parts of the city, as well as bus and taxi systems.

One of the most important sub-sectors of tourism in Azerbaijan is health tourism. With developed medical centers, mostly in the capital Baku, coupled with various natural attractions such as spa resorts, the country is prepared to serve foreign patients who come from other countries for an all-out health service.

Baku is also served by best foreign doctors, many of whom Iranian, who fly back and forth between Azerbaijan and Iran to perform surgeries in both countries. Iran is highly active in Azerbaijan’s medical industry and the Azeri health officials have recently announced that Iran is going to run one of the private hospitals of the country.

AriaMedTour is currently cooperating with Iranian doctors who work in Baku, providing medical-tourism services to patients who wish to travel to the city for various kinds of medical and cosmetic treatments.